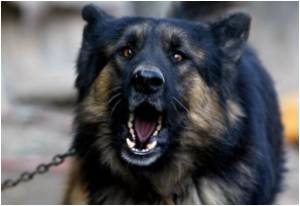 Eight people have courted arrest in southern China for marketing fake rabies vaccines to local clinics, which caused the death of a four-year-old boy.

Authorities in the Guangxi region earlier this year uncovered more than 1,260 doses of the illegal vaccines, most of which had been used in hospitals and clinics in the city of Laibin, the China Daily reported.


The boy, who had been bitten by a dog, died in December last year after receiving six rabies shots.

Rabies has emerged as a major public health concern in China. The government said last year China was second only to India in annual human deaths from rabies, averaging more than 2,000 per year in recent years.

China has repeatedly pledged to notify the public in a timely manner of any health risks from product safety scandals, which are common and widely blamed on lax supervision of the country's giant food and drug industry.

Nearly 100 people have been bitten and injured by a jackal in Bihar's Gopalganj district, but there are no anti-rabies vaccines in the government hospitals to treat the patients.
Advertisement
<< Stanford Study Finds Preventive Care Poses Dilemma for Emer...
New-Born Online?! >>