Effectiveness of Spinal Manipulation is No Better Than Other Therapies 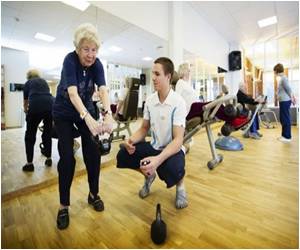 According to a recent review by The Cochrane Library, spinal manipulation to treat occasional or acute lower back pain, is no more effective.

Manipulating or "adjusting" the spine is a popular way to treat occasional or acute lower back pain and is covered by many health insurance plans.

Spinal manipulation by a chiropractor, and at-home exercises taught by a physical therapist may be better at relieving sub-acute neck pain than relying on pain-killers.
Advertisement

According to the National Institutes of Health, lower back pain affects eight out of 10 people, and is commonly caused by injury or overuse. Spinal manipulation (SMT), a technique used by chiropractors, osteopaths, naturopaths and some medical doctors, is used to improve the range of motion of the joints in the spine.


"SMT is a worldwide, extensively practiced intervention; however, its effectiveness for acute lower back pain is not without dispute," said lead reviewer Sidney Rubinstein, senior researcher at the VU University Medical Center in Amsterdam.

Spinal Manipulation for Back Pain

A recent review of existing research has found that spinal manipulation is as good as common treatments like the use of painkiller for relief from back pain.
Advertisement
The reviewers studied the results from 20 randomized controlled trials representing 2,674 participants with lower back pain of less than six weeks duration.

Reviewers concluded that SMT neither reduced pain nor sped recovery faster than treatment options such as exercise, the use of NSAID pain medications or physiotherapy.

Surprisingly, the review also found no evidence to suggest that SMT was more effective than therapies known to be ineffective.