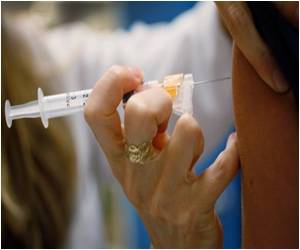 ARDS is a lung condition where the patient suffers from sudden breathlessness, low blood oxygen levels and lung inflammation that could progress to respiratory failure.
Advertisement

Nipah virus and Hendra virus emerged in the 1990s causing serious disease outbreaks in humans and livestock in Australia, Malaysia, Singapore, Bangladesh and India. Recent Nipah outbreaks have resulted in acute respiratory distress syndrome and encephalitis, person-to-person transmission, and greater than 75 percent case fatality rates among humans. The viruses are found naturally in several species of Pteropid fruit bats (flying foxes). The NIH and Centers for Disease Control and Prevention have classified Nipah and Hendra as biothreat agents, and the U.S. Department of Agriculture has characterized them as agriculture threat agents. In fact, the infectious agent of last year''s cinematic release "Contagion" was modeled after Nipah virus.


In experiments carried out in African green monkeys at the RML in Hamilton, Mont., where there is a high-level safety and security facility for working with live Nipah virus, the team of researchers, under the direction of Heinz Feldmann, M.D., Ph.D., chief of the RML, Laboratory of Virology, demonstrated that immunizing monkeys with a vaccine based on the Hendra virus attachment G glycoprotein afforded complete protection against Nipah virus infection with no evidence of disease.

The lungs are our organs of respiration. It is within these, that exchange of gases takes place.
Advertisement
"These findings are really quite promising and appear to offer a real potential treatment for Hendra virus infection in people," said Christopher C. Broder, Ph.D., professor of Microbiology at USU and study corresponding author.

The vaccine is a soluble portion of the G glycoprotein of Hendra virus, known as Hendra-sG, which mediates viral infection and is produced in the laboratory using molecular techniques. Lead author, Katharine Bossart, Ph.D., a USU alumna and assistant professor in the Department of Microbiology, Boston University School of Medicine, developed the Hendra-sG vaccine while a student in Dr. Broder''s laboratory at USU. "Since the vaccine is only a recombinant piece of the virus, it can be produced by itself and purified, and is a type of vaccine known as a subunit, thus making it extremely safe to use," Dr. Bossart said.

According to study co-author Thomas W. Geisbert, Ph.D., professor in the Department of Microbiology and Immunology at UTMB and GNL, "This work now provides key evidence that a simple and safe recombinant vaccine against Nipah virus is possible. Demonstrating this in a nonhuman primate model is a major step forward in developing it for future therapeutic use in people."

"There are currently no approved vaccines for prevention of infection and disease caused by Nipah and Hendra for use people or livestock," Dr. Broder said. "This Hendra-sG vaccine has now been shown to be fully effective against infection by both Nipah and Hendra virus in at least three animal species, demonstrating its potential as a safe and effective vaccine as a possible livestock vaccine and now also as possible vaccine for use in people."

Vaccination for Children
News Archive
News Resource
Advertisement
News Category
How to Decipher a Baby's Cry of Pain? Nurturing Your Financial Well-being Might Slow Down Memory Loss How Microglia Contribute to Alzheimer's Disease? How the Intestine Repairs Damaged Tissue? New Component to Treat Lung Lesions Created
More News
Sign up for Wellness Consult a Doctor Sign up for Selfcare

Blood - Sugar Chart Sanatogen Blood Pressure Calculator Accident and Trauma Care Turmeric Powder - Health Benefits, Uses & Side Effects Find a Doctor How to Reduce School Bag Weight - Simple Tips Post-Nasal Drip Nutam (400mg) (Piracetam) A-Z Drug Brands in India
This site uses cookies to deliver our services. By using our site, you acknowledge that you have read and understand our Cookie Policy, Privacy Policy, and our Terms of Use