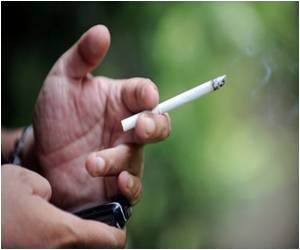 The research is based on scientific models that counted how many people smoked up until 1970 and projected how many would have died of lung cancer between 1975 and 2000 if not for a concerted US effort to cut back.

"This is the first attempt to quantify the impact of changes in smoking behaviors on lung cancer mortality based on detailed reconstruction of cigarette smoking histories," said lead author Suresh Moolgavkar of the Fred Hutchinson Cancer Research Center in Seattle.


"The methods that were developed as a part of this research should prove to be invaluable to other researchers investigating the adverse health impacts of cigarette smoking."

Approximately half the smokers die due to smoking -related diseases. But it is not just the smokers who are at the receiving end. The passive smokers too, often pay a heavy price. If you still have not 'kicked the butt', learn more horrifying facts about smoking by participating in the following quiz.
Advertisement
If everyone had quit smoking after the Surgeon General's 1964 report that first warned of the hazards of cigarettes, 2.5 million lung cancer deaths could have been avoided, said the study in the Journal of the National Cancer Institute.

But since that did not happen, of course, there were more than two million deaths among men from lung cancer and more than a million among women from 1975 to 2000.

Tobacco control efforts averted 550,000 lung cancer deaths among men and 240,000 among women during that span, said the study, funded by the National Cancer Institute.

The study only extended to 2000 because the researchers lacked detailed data for subsequent years at the time when the study first began, the study authors said.

However, more can be done, said co-author Eric Feuer, chief of the National Cancer Institute's Statistical Methodology and Applications Branch.

"An overwhelming majority of lung cancer deaths can be prevented by eliminating cigarette smoking," said Feuer.

"The progress that has been made by tobacco control programs and policies in reducing lung cancer deaths represents about a third of the progress that could have been made if all cigarette smoking had ceased in 1965."

A total of 20.6 percent of the US population currently smokes, including nearly four million youths, according to the latest government data.