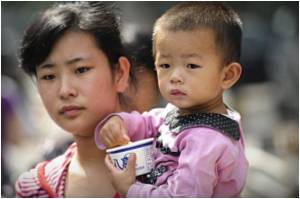 Girls in China will be given a crash course on how to resist the sweet talk of "sugar daddies" when they are taught self-respect in schools.

The pilot project is aimed at telling girls at middle and elementary schools how to avoid falling into the clutches of older, richer men and stand on their own two feet, China Daily reported.

It has emerged that a growing number of Chinese girl students are marketing themselves to older, richer men willing to support their studies and pay for a desirable lifestyle.
Advertisement

"The education will focus on self-esteem, self-confidence, self-reliance and self-improvement," Lei Yulan, vice-governor of Guangdong and director of the Working Committee on Children and Women of Guangdong province, said.


"We hope to get experience from this pilot program and then gradually roll it out across the province," Yulan said.

She revealed the plan at a symposium where Miao Meixian, the former principal of Guangdong Female Technical Secondary School, criticized the phenomenon that has seen many female college students and graduates become mistresses or marry sugar daddies and become full-time housewives.

Most female graduate students in Shanghai are empathetic towards other girls who are lovers of rich men or who work at night clubs, according to a new research.
Advertisement
Miao said the young women were settling for such a life in part because of deficiencies and failures in the education of girls.

Lei said the draft Development Plan for Women and Children of Guangdong Province (2011-2020), which is under discussion, will tackle the problem.

According to a recent online poll conducted by China Youth Daily, nearly 60 percent of respondents had peers who hoped to marry or rely on rich and powerful men as a way to realize personal goals.

Nearly half of the respondents were born after 1980.

"The essence of self-esteem and self-reliance is a precious traditional wealth," Xia Xueluan, a sociology professor at Peking University said.

"Although female education used to be only appropriate for adults, it is better to start it at school now for early prevention," Xueluan stated.

However, some students argue that exposing children to such topics too soon could bring more risks than benefits.

"Mentioning such topics as marrying rich men or being a mistress may suggest ideas to young girls that they had not thought about," Shen Xiaoqing, an 18-year-old female student at Guangzhou Zhixin Middle School, said.

Experts on youth problems suggested that the content and scale of the education should differ according to the age of the students.

"It makes no sense to preach moral values to a 6-year-old girl, while it is essential for female students who are about to graduate to be convinced of the importance of women's development and self-respect," Zhang Wenjuan, deputy director of Beijing children's legal aid and research centre, added.

More than two million Chinese youths die each year from health problems related to indoor air pollution, with nearly half of them under five years of age.
Advertisement
<< Protein Aggregation Contributes Significantly to Cancer Dev...
Rapid Diagnosis of Cancer and HIV With Carbon Nanotube Devi... >>