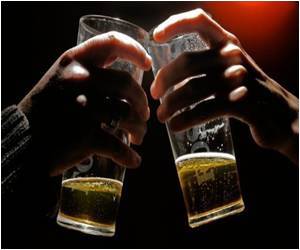 Although cigarette smoking, increasing age, and history of respiratory disease/symptoms were powerful predictors of COPD, results also showed that Asian Americans (vs whites) and college graduates (vs no college) were at a moderately lower risk for COPD, as were persons reporting 1 to 2 drinks per day (vs lifelong abstainers).

Researchers conclude that further study should lead to better understanding of pathophysiology and to targeting of therapy for COPD. This study was presented during CHEST 2012, the annual meeting of the American College of Chest Physicians, held October 20 - 25, in Atlanta, Georgia.

Alcohol consumption for recreation and relaxation has become a universal culture. But do you think you know enough about this drink - Take this quiz and find out.
Advertisement
<< Scientists Discover Two Paths Used by Dengue Virus to Penet...
Breast Cancer Cases on the Rise in India >>

COPD Readmissions may be Associated With Unmodifiable Risk Factors: Study