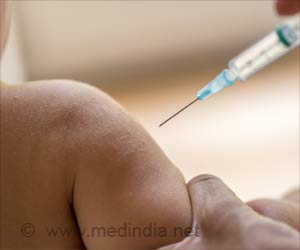 Educating mothers about the benefits of tetanus vaccine increases the uptake of the vaccine in a village in Uttar Pradesh, India. This has been found by a recent randomized trial that seeks to find the impact of health information on mothers who have not let their children receive the immunization.

Only 51percent of children aged 12 through 23 months are fully immunized in Uttar Pradesh, India. In their trial, the researchers identified 722 mothers in Uttar Pradesh with children aged 0 to 36 months who had not yet received all three doses of the DTP (diphtheria, pertussis, tetanus) vaccine. Mothers were randomized into three groups: one group received home visits with education about the health risks of tetanus in an unvaccinated child; another received home visits with education about the health benefits of vaccination; and a third group did not receive home visits.


Broad generalizability beyond the study setting is uncertain, and the limited sample size meant that the study was not able to exclude the possibility of modest differences between the two intervention groups, or determine which aspects of the interventions were effective. Nonetheless, the trial provides evidence of efficacy that merits further investigation.
Advertisement
The authors state, "In contexts where knowledge and awareness are a key binding constraint, interventions that provide information to parents and care-givers of unvaccinated children have the potential to be a simple and cost-effective way of increasing demand for immunization."

Hib Vaccine
The Hib vaccine protects children against infections like meningitis and pneumonia that are caused ....