Fenugreek seeds exported from Egypt to France and Germany may have caused an E. coli outbreak that has killed 48 people in Europe, the European Food Safety Authority said Wednesday. 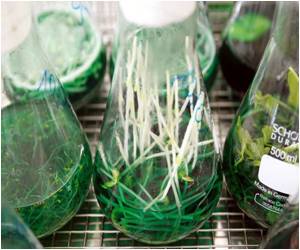 A "rapid risk assessment" conducted by the EFSA and the European Centre for Disease Prevention and Control (ECDC), "has thus far shown" that Egyptian seeds exported in 2009 and 2010 may be implicated, it said in a statement.

"There is still much uncertainty about whether this is truly the common cause of all the infections as there are currently no positive bacteriological results," it stressed.

At least 48 people have died from an outbreak of a killer strain of E. coli bacteria centred in Germany, blamed on organic vegetable sprouts.

There has also been a separate outbreak in France linked by the government to a British sprout company in which 10 people were taken ill.

Sweden on Tuesday say it had detected the first case of infection in someone who had no link to Germany.

All the deaths so far were in Germany, except for a woman in Sweden who died after being infected in Germany.

The statement said the 2009 lot appears to be linked to the outbreak in France, and the 2010 lot to that in Germany.

"This link does not explain the most recent case in Sweden, currently under investigation, and in which thus far no consumption of sprouts has been implicated."

The agencies said they had requested an urgent probe of the distribution of seeds from the two lots through Germany and Europe.

"The export of some of the seeds imported from Egypt to another company in the UK, from where the seeds were exported to France, demonstrates the necessity of this information."

Thorough cooking of fenugreek sprouts following outbreaks of E.coli linked to sprouts in France and Germany has been recommended by European Union food safety and disease prevention agencies.

Britain's Food Standards Agency has recommended that sprouted seeds be cooked thoroughly before consumption, and advised against eating them raw, following an outbreak of E.

An E.coli strain blamed for killing dozens of people in Germany is found to be a genetic mix and its ability to stick to the intestinal walls may have made it so lethal, says study.

E. coli is a type of gram negative bacteria that lives in the gastrointestinal tract of people and animals. Some E. coli bacteria strains in contaminated food and water can cause diarrhea, urinary tract infections and abdominal cramps.

Fenugreek (methi in hindi) seeds are rich source of trigonelline, lysine and l-tryptophan. The seeds also contain a large amount of saponins and fibers that could account for many health benefits of fenugreek.

Creating a little kitchen garden at home is an immensely fulfilling way to incorporate healing herbs bundled with protective nutrients in the daily diets.

Spices have been used in ancient medicines to cure a wide range of diseases. They are a part of our home-remedy. Science is exploring more about the health benefits of spices today.