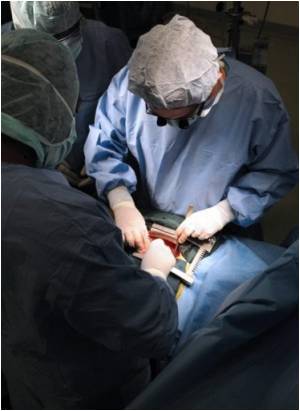 Researchers at Ohio State University have demonstrated the first device that utilizes the spin of electrons to read and write data.

Japanese scientists have unveiled the world's first environmentally friendly robot, which is made out of cardboard.
Advertisement

Arthur J. Epstein and colleagues described the material as a hybrid of a semiconductor that is made from organic materials and a special magnetic polymer semiconductor.


Researchers have long known that electrons can be polarized to orient in particular directions, like a bar magnet.

They refer to this orientation as spin-either "spin up" or "spin down"-and have been working on a way to store data using spin.

A new research has determined the importance of school children in developing more sustainable communities, revealing that kids are not only passionate about environmental issues,
Advertisement
The resulting electronics, dubbed spintronics, would effectively let computers store and transfer twice as much data per electron.

Flipping the spin of an electron requires less energy and produces minimal heat - so they can run on smaller batteries - which means lesser power consumption.

"We would love to take portable electronics to a spin platform," said Epstein.

"Any place that makes computer chips could do this. Plus, in this case, we made the device at room temperature, and the process is very eco-friendly," said researcher Jung-Woo Yoo.

The study is published in the August 2010 issue of the journal Nature Materials.

A consumer packaging company has developed a lighter, resalable aluminum bottle that it hopes will replace glass bottles for many beverages, as it is more eco friendly.
Advertisement
<< Joint Replacement That Really Lasts a "Lifetime"
Faster Cognitive Decline Linked To High Plasma Levels of Be... >>