Ebola Mutating, But Virus Not Deadlier Since Its First Outbreak 40 Years Ago

The surprising results of the University of Manchester research have shown that Ebola virus has not evolved to become deadlier, despite mutating, since its outbreak 40 years ago.

A new analysis demonstrates that the much higher death toll during the current outbreak, with the figure at nearly 10,500, wasn't due to mutations/evolution making the virus more deadly or more virulent.


Professor Simon Lovell from the Faculty of Life Sciences explained that using data from every outbreak since 1976, and found was that whilst Ebola was mutating, the function of the virus has remained the same over the past four decades which really surprised us. Unfortunately this meant that the Ebola virus that had emerged now since the 1970s would very probably do so again.


However, Professor David Robertson said the findings could be seen as good news as it also meant that vaccines and treatments developed during this current outbreak had a high chance of being effective against future outbreaks, and could hopefully stop the virus from spreading at a much earlier stage then.

The study is published in the journal Virology.

Australian Medic Being Tested for Ebola After Return from Liberia
An Australian woman, who was working as a medical professional in Liberia, is undergoing tests for Ebola in the capital city of Canberra.
READ MORE 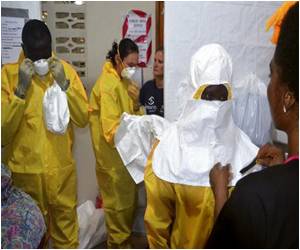 Clinical Trials for Two Ebola Vaccines Show No Adverse Reactions in Monkeys
There are other vaccines against Ebola that are already in human trials but they have reported side effects including fever and muscle and joint pain.
READ MORE