Ebola Vaccine Safe for Human Use in Africa: Trial

by Himabindu Venkatakrishnan on  December 23, 2014 at 8:54 PM Tropical Disease News 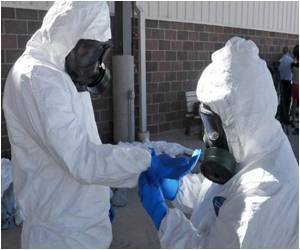 Experimental DNA vaccines to prevent Ebola virus and the closely related Marburg virus are safe for human use, reveal scientists.

In the first trial of filovirus vaccines in Africa, the researchers developed the DNA vaccines that code for Ebola virus proteins from the Zaire and Sudan strains and the Marburg virus protein and the vaccines contain the construction plans for the proteins on the outer surface of the virus. Immune responses against these proteins have shown to be highly protective in non-human primate models.


Lead author Dr Julie Ledgerwood from the National Institutes of Allergy and Infectious Diseases (NIAID) at the National Institutes of Health, USA, said that this is the first study to show comparable safety and immune response of an experimental Ebola vaccine in an African population and this is particularly encouraging because those at greatest risk of Ebola live primarily in Africa, and diminished vaccine protection in African populations has been seen for other diseases.

Both DNA vaccines were well tolerated in Ugandan adults with similar numbers of local and systemic reactions reported in all groups. Only one serious adverse event (neutropenia; low white blood cell count) was reported in a Marburg vaccine only recipient, but was not thought to be vaccine related.

The researchers added that the These findings have already formed the basis of a more potent vaccine, delivered using a harmless chimpanzee cold virus, which is undergoing trials in the USA, UK, Mali, and Uganda in response to the ongoing Ebola virus outbreak.

The study was published in The Lancet.