Ebola Vaccine Considered to be Safe 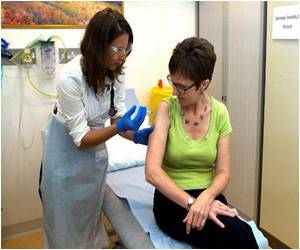 The vaccine also generates an immune response to Ebola, said the early findings from the trial under way at Oxford University, and published in the New England Journal of Medicine.

Why is the deadly Ebola virus outbreak making the health experts hit the panic button? Find out from this quiz.
Advertisement

"The vaccine was well tolerated. Its safety profile is pretty much as we had hoped," said Adrian Hill who led the trial at Oxford University.


The results are based on 60 healthy volunteers who were vaccinated between September and November.

All three doses studied were judged safe. The participants are to be followed for six months after the injection to see if any side effects occur.

Zaire ebolavirus is commonly known as Ebola. It was previously known as ebola haemorrhagic fever and is a deadly human illness.
Advertisement
The vaccine does not contain infectious Ebola virus, so it cannot cause a person who is vaccinated to get sick from Ebola.

"People typically experienced mild symptoms that lasted for one or maybe two days, such as pain or reddening at the injection site, and occasionally people felt feverish," said Hill.

"It's very similar to what has been seen in previous studies with this general type of vaccine."

Levels of antibodies against Ebola virus increased over a period of 28 days following vaccination, and no significant differences were seen according to the dosage.

The antibody response in the Oxford study was lower than US researchers reported in late November, after a trial on 20 volunteers at the National Institutes of Health in Bethesda, Maryland.

That study "tested a significantly higher vaccine dose, but... used a formulation not available for control of the ongoing outbreak in West Africa," said the New England Journal of Medicine report.

The US trial on 20 people used what is known as a bivalent GSK/NIH candidate vaccine, because it included a gene for the Zaire species of Ebola, as well as a gene for the related Sudan virus.

However, the kind of vaccine that will enter large-scale trials in Africa is the single, or monovalent, GSK/NIH candidate vaccine that is being tested at Oxford and other sites.

Researchers also pointed out that it remains unknown what level of immune response is needed to protect humans from Ebola, which causes often fatal hemorrhaging, organ failure and severe diarrhea.

There is no vaccine to guard against Ebola on the world market, and no drug approved to treat it, even though the virus first emerged in the 1970s.

"The efficacy of the Ebola vaccine can only be tested in much larger studies in the field during the current outbreak," said the study.

The British pharmaceutical company GSK has shipped thousands more doses to Liberia, where a randomized trial of up to 27,000 people, including health care workers, is expected to begin soon.

The Oxford University trial is one of several safety trials of the GSK/NIH vaccine candidate, including others in the United States, Britain, Mali and Switzerland, that have been fast-tracked due to the current outbreak in West Africa that has killed more than 8,600 people since late 2013.

Ebola is caused by a virus via direct contact with body fluids or infected blood. Scientists have identified five types of Ebola or Ebola hemorrhagic fever virus.
Advertisement
Advertisement