by Himabindu Venkatakrishnan on  December 31, 2014 at 9:05 PM Tropical Disease News 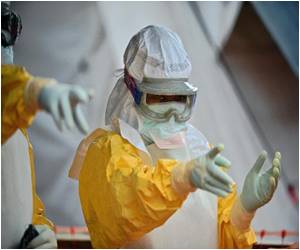 Ebola test was found negative in two patients who recently returned from west Africa in Britain on Wednesday. Calls had mounted for a review of airport screening procedures after a case was confirmed this week.

The two had been tested separately at hospitals in Aberdeen in Scotland and Cornwall in southwest England.


The patients were unconnected to the only diagnosed case in Britain -- Pauline Cafferkey -- a volunteer nurse who contracted the disease while working at an Ebola treatment centre in Sierra Leone.


Cafferkey was being treated at the Royal Free Hospital in London, which has the only isolation ward in Britain specially equipped for Ebola sufferers.

The nurse raised concern about her temperature to airport officials when she returned to London from Sierra Leone via Casablanca in Morocco on Sunday.

Her temperature was taken at London Heathrow Airport but did not raise alarms and she was cleared to take a connecting flight home to Glasgow.

She was eventually diagnosed with Ebola on Monday.

The British government's chief medical officer Sally Davies told ITV television that there would be a review of procedures even though Cafferkey "had no symptoms" at Heathrow.

"Her temperature was within the acceptable range," she said.

A doctor who traveled back to London with Cafferkey had complained of "shambolic" screening procedures in Britain. 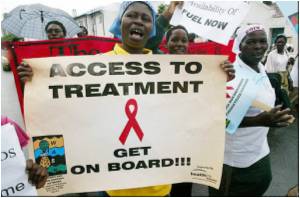 'Hunger Games' Stars and Jennifer Lawrence Together for Ebola Video
In a video that encourages Americans to focus more on west Africans who are far more likely to die from Ebola virus, Jennifer Lawrence says she'd be fine if she got the dreaded disease.
READ MORE