Ebola Crisis Could Last Till End of 2015: Expert 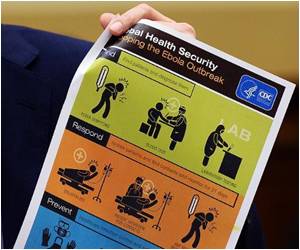 The crisis of Ebola in west Africa could last through 2015, says the scientist who helped identify the deadly virus.

News 24 reported that Peter Piot, director of the London School of Hygiene and Tropical Medicine and part of a team to discover Ebola in 1976, said progress was being made in trying to stop the virus spreading but it would take time to develop vaccines.

Piot said that this would be an epidemic "with a very long tail", adding that they needed to be ready for a long effort, a sustained effort probably the rest of 2015.


The World Health Organisation (WHO) reports that the death toll in West Africa due to the Ebola Outbreak has risen to 6,928, a toll increase by over 1,000 since last updated.
Advertisement
According to experts, the infection rate is more significant than the death toll as it reflects how the virus is spreading. Though the infection rates in Liberia have been decreasing, it is relatively high in Sierra Leona, the BBC reported.

Around 16,000 cases have been reported in Guinea, Sierra and Liberia, with Sierra alone contributing 6802 reported cases.

The toll has also included unreported deaths from earlier in the outbreak.

Earlier, the WHO has declared Guinea as stable from Ebola outbreak, adding that Nigeria and Senegal have contained the outbreak, with no new cases or deaths reported.

Ebola is spread only through direct contact with the blood, body fluids or organs of an infected person showing symptoms, such as fever or vomiting.

Ebola Laws and Their First Conviction
The first person to be jailed under laws aimed at preventing the spread of the Ebola virus is a ......