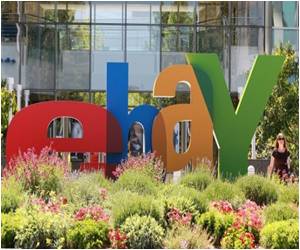 US online distributor eBay had launched a Portuguese-language version of its Moda fashion app in Brazil as the company aims to tap into Latin America's largest economy.

eBay revealed that Moda app would initially be available for iPhone and iPad users from the end of September in Apple's App Store.

A version will thereafter be rolled out on the Android platform.


"eBay is committed to enabling consumers to shop the world, and now we are focusing specifically on Brazilian shoppers," Luis Arjona, eBay's head of local operations in Brazil, said in a statement from eBay Inc.
Advertisement
"The eBay Moda fashion app - specifically designed with Brazilian shoppers in mind - gives them access to the world's fashion inventory at attractive prices - anytime, anywhere."

The move into Brazil comes after eBay noted during the past 2 months that emerging markets account for some 90 percent of e-commerce globally.

To begin with the Brazilian app will offer the same products as those on sale on eBay's US site but the company intends in due course to offer special promotions for Brazilian customers.

In addition, eBay expects to attract local companies to do business via the site.

"We intend to strike agreements with local brands and vendors, though not immediately," Arjona told Folha de Sao Paulo daily.

In Brazil, an emerging market of more than 200 million people, traders will be able to sell and purchase either in dollars or in the Brazilian currency, the real.

eBay said some 37 million Brazilians use mobile internet - but that number is set to mushroom to an estimated 96 million by 2017.

The US company indicated such growth "uniquely positions eBay to win globally as the commerce landscape evolves."

Source: AFP
Advertisement
<< Lung Cancer Detection may Soon be Possible With a Blood Tes...
Language Skills Get a Boost With Music >>

Bottled 100 Percent Olympic Atmosphere for Sale on EBay
The atmosphere at London 2012, which athletes and commentators unanimously believe is the best in .....