Eating With Colleagues Helps to Boost Productivity at Workplace 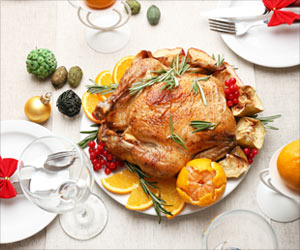 Study's author, Kevin Kniffin, visiting assistant professor in the Charles H. Dyson School of Applied Economics and Management, said, "Eating together is a more intimate act than looking over an Excel spreadsheet together. That intimacy spills back over into work. From an evolutionary anthropology perspective, eating together has a long, primal tradition as a kind of social glue. That seems to continue in today's workplaces."

Self Confidence - Key to Workplace Success

Being confident helps you achieve your targets better, and helps you do better at work, studies say.
Advertisement
‘Eating together is an intimate act, and researchers found that this intimacy spills back over into work when employees eat their meals together.’

Kniffin said, "Given the findings, organizations would do better to consider their expenditures on cafeterias as investments in employee performance."


Over the course of 15 months, Kniffin and his colleagues conducted interviews and surveys in a large city's fire department, which included more than 50 firehouses. The researchers asked the department's 395 supervisors to rate on a scale of zero to 10 the performance of their platoon compared to other fire companies in which they've served. The supervisors were also asked how often the platoon eats together in a typical four-day work week. The platoons who ate together most often also got higher marks for their team performance. Conversely, the platoons that did not eat together got lower performance ratings.

Male applicants with leadership potential were most likely to be seen as successful and having the most impressive curriculum vitae compared to females.
Advertisement
In interviews, firefighters said daily group meals were a central activity during their shifts. Some firefighters who worked a shift that started at 6 p.m. often ate two dinners, one at home and a second at the firehouse. Kniffin said, "Firefighters expressed a certain embarrassment when asked about firehouses where they didn't eat together. It was basically a signal that something deeper was wrong with the way the group worked."

People who had more different-race friends outside of work also had a more diverse group of friends among their co-workers paid dividends on the job.
Advertisement
<< Migraine Triggers may All Act Through a Common Pathway Invo...
New Insights into the Relationship Between Ovarian Cancer a... >>

A new study has found that people who used a workplace wellness center on frequent basis reported an improvement in their overall quality-of-life.