Eating Habits in the UK Have Changed Over The Years: National Food Survey 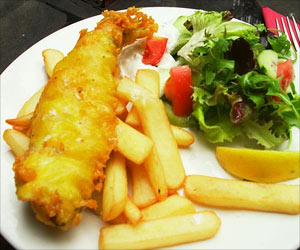 Food habits have changed over the years. People are moving away from the classic combo such as the Great British tradition of tea and toast, fish and chips, suggests data that tracks changing food habits through the generations.

Some people have moved towards healthier diets in the recent decades, with shifts to low-calorie soft drinks, from whole to skimmed milk.

The new figures from the National Food Survey revealed the changing food habits of Britons. The amount of bread consumed by the Britons has reduced by 40 percent since 1974. The figures suggest that some people eating bread have fallen from 25 slices to 15 slices a week in the last four decades.

Forming memories of a meal is important to a healthy diet. Disrupting the memory of a meal by watching television, increases the amount of food consumed during the next meal.
Advertisement
Tom Blair, Yorkshire Tea brand manager, said, "This is all a bit of a storm in a teacup. People aren't drinking as much tea, but when they are, they're choosing quality, which is why we're the only standard black tea brand in growth."

The new data from 150,000 households who took part in the National Food Survey between 1974 and 2000, combined with information from 2000 to 2014 shows a dramatic shift from white to brown, wholemeal and other bread.

The popular British staple, fish and chips, appears to be in decline. The consumption of white fish and takeaway fish halved between 1974 and 2014. However, the consumption of chips has increased significantly.

People are eating the same amount of fresh vegetables as they were 40 years ago. The increase in freezers and microwaves have also led to the shifts in food. The consumption of ready to eat and convenience meat have increased six-fold since 1974.

Environment Secretary Elizabeth Truss said, "Food is the heart and soul of our society, and this data not only shows what we were eating 40 years ago but how a change in culture has led to a food revolution."

"Shoppers are more plugged into where their food comes from than ever before, the internet has brought quality produce to our doorsteps at the click of a button, pop-up restaurants are showcasing the latest trends and exciting global cuisines are now as common as fish and chips."

Advertising on TV may compel kids to think that junk food may be healthy
Advertisement
<< Childhood Exposure to High Levels of Lead Linked to Violent ...
How Exercise Influences Natural Killer Cells to Shrink Tumor... >>

Kids With Difficult Eating Habits may Have Psychological Problems

A new study has found that kids with difficult eating habits have underlying psychological issues.

Selfie Addiction Calculator Indian Medical Journals Sanatogen How to Reduce School Bag Weight - Simple Tips Diaphragmatic Hernia Noscaphene (Noscapine) The Essence of Yoga Pregnancy Confirmation Calculator Blood - Sugar Chart Color Blindness Calculator
This site uses cookies to deliver our services. By using our site, you acknowledge that you have read and understand our Cookie Policy, Privacy Policy, and our Terms of Use