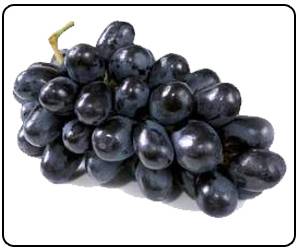 If certain kinds of food can promote well being, can eating grapes slow or help prevent the onset of age-related macular degeneration (AMD), a debilitating condition affecting millions of elderly people worldwide?

Results from a new study published in Free Radical Biology and Medicine suggest this might be the case. The antioxidant actions of grapes are believed to be responsible for these protective effects.

AGE RELATED MACULAR DEGENERATION (AMD) is a disease associated with ageing. It is a degenerative condition that affects the macula and causes gradual loss of central vision.
Advertisement

The study compared the impact of an antioxidant-rich diet on vision using mice prone to developing retinal damage in old age in much the same way as humans do. Mice either received a grape-enriched diet, a diet with added lutein, or a normal diet.


The result? Grapes proved to offer dramatic protection: the grape-enriched diet protected against oxidative damage of the retina and prevented blindness in those mice consuming grapes. While lutein was also effective, grapes were found to offer significantly more protection.

Food not only sustains us but the kind and quality of food determines the state of your health, which includes your eyes. Let us see which foods can bring a sparkle to your eyes!
Advertisement
"The protective effect of the grapes in this study was remarkable, offering a benefit for vision at old age even if grapes were consumed only at young age," said principal investigator Silvia Finnemann, PhD, Department of Biological Sciences, Fordham University in New York.

Dr. Finnemann noted that results from her study suggest that age-related vision loss is a result of cumulative, oxidative damage over time. "A lifelong diet enriched in natural antioxidants, such as those in grapes, appears to be directly beneficial for RPE and retinal health and function."

Age-related macular degeneration is a progressive eye condition, leading to the deterioration of the center of the retina, called the macula. It is the leading cause of blindness in the elderly. Aging of the retina is associated with increased levels of oxidative damage, and oxidative stress is thought to play a pivotal role in the development of AMD.

In AMD, there is a known decline in the function of retinal pigment epithelium cells (RPE), which are the support cells for the photoreceptors in the retina that are critical to the process of converting light into sight. The RPE dysfunction is caused by 1) a build-up of metabolic waste products (known as lipofuscin) in the RPE itself and 2) an oxidation burden on the RPE that compromise important metabolic pathways. The resulting dysfunction, distress and often death of the RPE cells leads to AMD.

This study showed that adding grapes to the diet prevented blindness in mice by significantly decreasing the build-up of lipofuscin and preventing the oxidative damage to the RPE, thus ensuring optimal functioning of this critical part of the retina.

"Preserving eye health is a key concern as we age and this study shows that grapes may play a critical role in achieving this," said Kathleen Nave, president of the California Table Grape Commission. "This is good news for consumers of all ages who enjoy grapes, and adds to the growing body of evidence that grapes offer an array of health benefits."
Source: Eurekalert

Dr. Dharini Krishnan speaks on observing a nutritious diet, benefits of comfort food and balanced sustenance for a healthy lifestyle free of illness.
Advertisement
<< Woman Takes Control of Cancer as Well as Her Weight
Walk at a Speed of 5 Km Per Hour to Live Long >>

Eat the Mediterranean Way for Health and Wellness