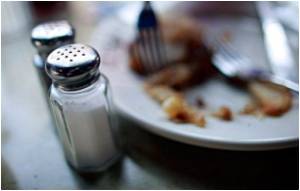 Eating disorders are 2.3-fold higher among Muslim adolescents than among their Christian classmates, a University of Granada study has found.

The study also found that body dissatisfaction was 1.8-fold higher in the former group.

Finally, as a general conclusion, an average of one in four adolescents suffers some type of eating disorder, and 15 percent suffers body dissatisfaction.


The sample was taken from a Spanish multicultural city, Ceuta, where different religious groups have co-existed for centuries -Christian, Muslim, Jews, and where about 30 percent of the total population is Muslim.

The goal of this study was to assess the incidence of eating disorders and body dissatisfaction in a non-clinical sample of adolescents belonging to different religious groups, and assess the relationship between religious affiliation and health disorders.

Loss of Taste
News Archive
News Resource
News Category
Milestone In Voluntary Blood Donation Achieved Samsung Reinvents Toilet for the Poor Which is a Better Form of Exercise: Daily or Weekly? First Phase of Foot-and-Mouth Disease Vaccination Shocking News: Polio Cases Return After a Decade in the US
More News
Sign up for Wellness Consult a Doctor Sign up for Selfcare