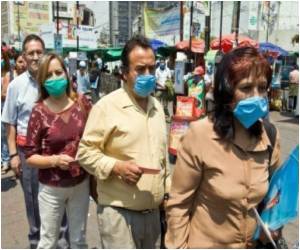 As flu season draws closer in Europe and North America, former belief is contradicted where researchers have found that it may not have its origins in East Asia.

When the first global genetic analysis of flu viruses was conducted in 2008, it was found that the virus originated in China and its neighbouring regions.

'Adolescent Immunization- Need of the Nation', week emphasised the need for vaccinating and immunising people between the age of 10 years and 18 years.
Advertisement

According to Justin Bahl of Duke National University in Singapore, if the virus did originate in that area, they should have found greater genetic diverse there.


However, when his team collected flu viruses from South East Asia as well as other regions of the world, between 2003 and 2006, they found greater diversity in other areas.

Swine flu, a type of influenza caused by a new strain of the H1N1 Type A influenza virus has originated from the pigs. Winter always brings along the chills and the flu, make sure you're safe this season.
Advertisement
The surprising results indicated that the virus may have travelled to East Asia from anywhere in the world, but it did not originate there, the New Scientist reported.

The study has been received with scepticism from researchers who first proposed the East Asian theory.

Colin Russell from the University of Cambridge says that to detect a true pattern, sampling is needed over a wider region and over a larger period of time than covered in Bahl's study.

It takes six months to make a flu vaccine, so the disease's origins are important as scientists need to know which virus will be dominant at that time.

The study was published in the journal Proceedings of the National Academy of Sciences.