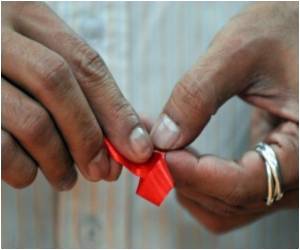 A major expert panel recommended ahead of the start of the world AIDS conference on Sunday that patients with HIV start antiretroviral drugs at an earlier stage of infection.

Earlier initiation of the famous combination of drugs that repress the human immunodeficiency virus (HIV) can reduce long-term mortality and sickness, the group said. 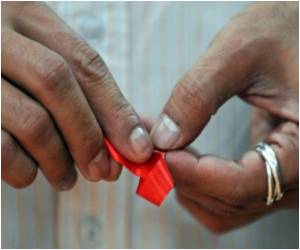 More than 33 million people have AIDS or HIV, according to UN estimates for the end of 2008 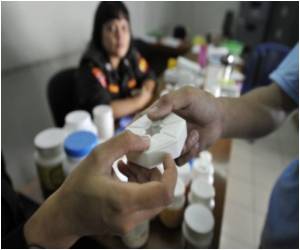 International guidelines set down in 2006 by the UN's World Health Organisation (WHO) advised doctors to begin therapy when the patient's count of CD4 cells -- the key immune cells targeted by HIV -- reaches 200 cells or less per microlitre of blood.


This figure was raised by the WHO last year to 350 CD4 cells per microlitre of blood, but may still be too cautious, the panel implies.

It set out its recommendations in a paper published by the Journal of the American Medical Association (JAMA) hours before the start of the six-day 18th International AIDS Conference.

Encyclopedia section of medindia explains in brief about the treatment for AIDS/HIV
Advertisement
The group suggested that infected individuals be treated when they reached a threshold of 500 CD4 cells per microlitre or below, whether they have symptoms of AIDS or not.

Therapy "should be considered" for non-symptomatic patients with more than 500 cells per microlitre, it said, adding: "There is no CD4 cell count threshold at which initiating therapy is contra-indicated," or inadvisable.

Therapy is also recommended for patients who are pregnant, older than 60, are co-infected by hepatitis B or C and at high risk for cardiovascular disease.

The paper was headed by Melanie Thompson of the AIDS Research Consortium of Atlanta and chairwoman of the US branch of the International AIDS Society (IAS).

The panel, which included some of the biggest names in AIDS drugs research, looked at several investigations since 2008 that have weighed the benefits of earlier treatment against the risks of side effects from antiretrovirals.

These probes have shown that HIV, by replicating unchallenged in the blood, has long-term implications for sickness and the death rate, said the paper.

In addition, new antiretrovirals have come to the fore that have fewer side effects and are well-suited for initiating therapy, it said.

Last November, the UN's health body said it was recommending a change in the guidelines for treatment initiation, from 200 CD4 cells per microlitre of blood, to 350.

Its revised guidelines are to be presented at the AIDS conference on Monday.

Antiretrovirals can reduce levels of HIV to below detectable levels, but cannot eradicate the pathogen completely. The microbe holes up in a small number of cells and leaps out again if the drugs are stopped.

Changes in guidelines have consequences that reach into many spheres.

Treating people sooner than before means boosting the drugs bill, probably by billions of dollars yearly, at a time of international austerity.

It also requires having the infrastructure in place -- doctors, nurses and labs -- to ensure the therapy is being properly followed and the patient is responding to treatment.

The global AIDS conference, organised by the IAS, is set to draw more than 20,000 scientists, policymakers and grassroots workers.

More than 33 million people have AIDS or HIV, according to UN estimates for the end of 2008. At least 25 million have died of acquired immune deficiency syndrome (AIDS) since the disease first came to light in 1981.

Kaposi sarcoma develops below the skin surfaces or in mucous membranes of mouth, nose or anus and appears as lumps
Advertisement
<< Cash Payments to Youths Could Reduce HIV Infection Rates
Hysterectomy Via Keyhole Surgery is Less Complicated: Study >>