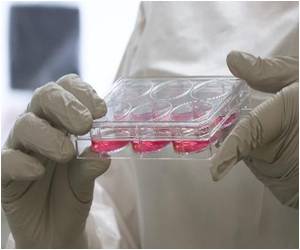 Early results from an Ebola trial using Avigan (favipiravir), the experimental drug, showed that it was somewhat effective at saving lives if given early in the illness, but not later, as reported on Monday.

The antiviral treatment is being developed by the Japanese company Toyama Chemical, and has been shown safe and effective against some other viruses including influenza, West Nile and yellow fever.

An ongoing clinical trial in Guinea is testing the drug's use in patients with the Ebola virus, which causes severe vomiting, diarrhea and sometimes fatal bleeding.


Results from only 80 people are available so far, but they show that among those who received the drug early in their illness, 15 percent died of Ebola.
Advertisement
However, among those who received it when their viral load was high, 93 percent died, according to preliminary results presented at the Conference on Retroviruses and Opportunistic Infections in Seattle, Washington.

There are no drugs on the market to treat Ebola, which has ravaged West Africa and killed 9,177 of the nearly 23,000 people infected since late 2013.

The typical death rate from Ebola in the latest outbreak has ranged from 53 to 60 percent, according to the World Health Organization.

Medecins Sans Frontieres (Doctors Without Borders) is among those helping to carry out the trial.

"MSF is pleased to see that favipiravir seems to have a positive effect for certain patients," said the group's medical director Bertrand Draguez.

"But it also seems that the most vulnerable patients, the people that are most likely to die from the disease, don't benefit at all from favipiravir," he added, cautioning that the drug should not yet be used outside trials.

The trial is being led by INSERM, the French Institute of Health and Medical Research, and is being funded by the European Commission.

Researchers Warn Against Complacency on Ebola Vaccines
A team of international scientists called for new Ebola vaccines to be made available in months ......