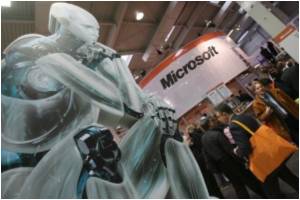 An announcement that a hot new installment to free-wheeling videogame Grand Theft Auto will hit streets by the middle of next year was made by Rockstar Games.

"Grand Theft Auto V" was billed by the New York City-based videogame publisher as the "largest and most ambitious" title to date in the franchise that has sold more than 114 million copies since its debut in 1997.

Best selling Grand Theft Auto has 'inspired' a Thai youngster to murder and robbery. Disturbed the distributor has halted the sales of the videogame.
Advertisement


Versions of "GTA V" for play on Xbox 360 or PlayStation 3 videogame consoles or personal computers powered by Windows software will launch worldwide sometime between March and July, according to Rockstar.

Role Models for the Young

A role model is one who has the ability to influence lives, values and lifestyles. The media sends confusing signals to the young on role model behavior.
Advertisement
Fans will be able to pre-order the game beginning in November 5.

Grand Theft Auto V is set in a fictional city of Los Santos based on real-world Los Angeles and its nearby hills and beaches.

The videogame franchise has won legions of fans and cadres of critics with game play in which triumph depends on acts such as carjacking, gambling and killing.

The franchise's appeal is fueled by captivating story lines and an open-world format that lets players go wherever they wish in game worlds.

Rockstar said that Grand Theft Auto V "focuses on the pursuit of the almighty dollar" in a re-imagined Southern California and promised "bold new direction in open-world freedom, storytelling, and mission-based game play."

The game will also let people play with or against one another online.

Grand Theft Auto IV blew away videogame and Hollywood records by raking in an unprecedented 500 million dollars in the week after its release in April 2008.