Early trauma such as childhood abuse in life may be a contributing factor for the development of the functional neurological disorder (FND), reports a new study. The findings of the study are published in the journal Molecular Psychiatry. 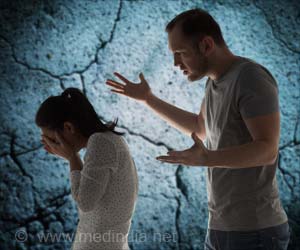 
‘Childhood maltreatment may be a risk factor for the development of the functional neurological disorder. ’

In a new study, researchers led by investigators at Massachusetts General Hospital (MGH) examined the brains of individuals who experienced early-life trauma, some with FND and others without the condition. The findings may provide a better understanding of what happens in the brains of some patients with FND, as well as those with various other trauma-related brain disorders.

In the study of 30 adults with FND and 21 individuals whose clinical depression diagnoses served as controls, some of the participants in both groups had experienced early-life maltreatment, as determined through questionnaires. In FND patients only, differences in the severity of childhood physical abuse correlated with differences in connections between certain regions of the brain--for example, between the limbic regions which control emotions, arousal and survival instincts among other functions, and the primary motor cortex which is involved in voluntary movements.

In additional assessments, investigators examined how the expression of genes in a publicly available data set from the Allen Institute related to brain areas showing prominent plastic effects correlated to the degree of early-life physical abuse in patients with FND. As a background, some genes in the literature have been shown to increase the risk of developing brain disorders after experiencing early-life maltreatment. The researchers found that brain areas showing prominent functional reorganization in patients with FND were the same brain areas highly expressing genes involved in neuroplasticity and nervous system development.

"Our study has potential implications regarding our understanding of brain-trauma relationships not only in patients with FND but also across the greater spectrum of trauma-related brain disorders," said senior author David Perez, MD, MMSc, director of the MGH FND Clinical and Research Programs.

"More work is needed to understand how the brain mechanisms underlying FND in those without prominent childhood maltreatment may be the same or different as those individuals with FND with a high burden of childhood adversity," he said.

Accident and trauma care is an important public health challenge that requires immediate attention. Injury (trauma) is the leading cause of death for all age groups under the age of 44.

Best Way to Improve Survival Among Patients After Trauma

New clinical trial funded by the Department of Defense (DOD)is aimed to improve survival rates among patients after trauma.

How To Reduce Dangerous Swelling in Traumatic Brain Injury?

Thoracic outlet syndrome (TOS) is a rare condition that occurs when blood vessels or nerves become compressed in the space between the collarbone and the first rib.