Early Intervention can Promote a Healthy Lifestyle in Preschoolers 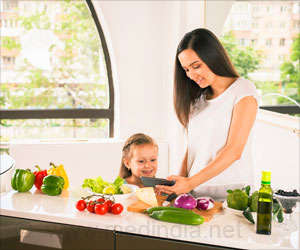 Children may have a better chance of avoiding unhealthy habits associated with obesity and heart disease later in life if they are correctly taught about healthy behaviors in preschool, reports a new study. The findings of the study are published in the Journal of the American College of Cardiology.

The researchers focused on children living in a socioeconomically disadvantaged community, a situation that is commonly linked to higher rates of obesity, heart disease, and other health issues. Valentin Fuster, MD, Ph.D., Director of Mount Sinai Heart and Physician-in-Chief of The Mount Sinai Hospital, created and led the trial, called the FAMILIA Project at Mount Sinai Heart.

"The interventions that we applied in the school system are low cost and easy to implement, and we hope in time they can be integrated into schools across the country to promote healthy behaviors among children to ultimately reduce their risk factors for developing heart disease throughout their lives," explained Dr. Fuster.


"Results from this new study prove early intervention is effective in preschool-age children, but we believe this can also promote healthy behaviors among their caregivers and teachers and have a far-reaching impact."
Advertisement
Researchers analyzed 562 preschoolers (ages three to five) in 15 different Head Start schools in Harlem, in New York City's borough of Manhattan. Harlem's population is predominantly African American and Latino, groups that experience a higher risk of cardiovascular disease.

Two groups of children went through the trial for one four-month period between 2015 and 2018. At the beginning of the study, all children answered a simple questionnaire, which included pictures for easier comprehension, to test their knowledge, attitudes, and behaviors regarding diet, physical activity, how the human body and heart works, and emotions. For example, the children were asked to pick out which foods were healthier in a cluster that included vegetables, fruits, and cheeseburgers/fries. They were also asked how often they run, jump, and play.

Children in six preschools (the control group) went through their regular classroom curriculum, while children in the other nine preschools (the intervention group) went through a different learning program created by cardiologists, psychologists, and educators. In 38 hours of classwork over the four-month period, teachers taught the intervention-group preschoolers about healthy diet, physical activity, how the human body works, and managing emotions. Caregivers were also told to engage in 12 hours of specific activities with their children on weekends during the four months, including buying fresh fruit at the grocery store and choosing physical activity over sedentary behavior.

After the four months, researchers gave that same questionnaire to children in both the control and intervention groups and then compared them.

Additionally, researchers found the curriculum was more effective for four-year-olds than three-year-olds, suggesting that that could be the ideal age for starting the intervention because four-year-olds are more mature and able to retain information better.

More News on:
Amyotrophic Lateral Sclerosis (ALS) Healthy Living Gardening and Horticultural Therapy for the Young and the Old Your Simple Guide to Looking, Feeling and Being Healthy Healthy Gifting Ideas for Diwali Acute Coronary Syndrome

Top 7 Habits You Can Adopt To Make Wellness A Way Of Life
Take the first step towards achieving wellness in your life by adopting some of the simple habits, ....