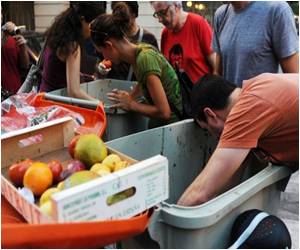 An international team of researchers, including Professor Francis Thackeray, Director of the Institute for Human Evolution at Wits University, will be publishing their latest research on what our early ancestors ate.

The paper titled Evidence for diet but not landscape use in South African early hominins was authored by Vincent Balter from the Ecole Normale Supérieure in Lyon, France; Jose' Braga from the Université de Toulouse Paul Sabatier in Toulouse in France; Philippe Te'louk from the Ecole Normale Supérieure in Lyon in France; and Thackeray from the University of the Witwatersrand in Johannesburg in South Africa. The paper has been selected for Advance Online Publication (AOP) on www.nature.com

Modern Man Burns as Many Calories as Hunter-Gatherer Ancestors

A new study by American researchers reveals that the amount of calories burnt by modern adults is the same as those of their hunter-gatherer forebears.
Advertisement

The latest research sheds more light on the diet and home ranges of early hominins belonging to three different genera, notably Australopithecus, Paranthropus and Homo - that were discovered at sites such as Sterkfontein, Swartkrans and Kromdraai in the Cradle of Humankind, about 50 kilometres from Johannesburg. Australopithecus existed before the other two genera evolved about 2 million years ago.


The scientists conducted an analysis of the fossil teeth, indicating that Australopithecus, a predecessor of early Homo, had a more varied diet than early Homo. Its diet was also more variable than the diet of another distant human relative known as Paranthropus.

Availing the forensic technology researchers have rebuilt faces of some of the most remote members of the human evolutionary 'family' of ancestors dating back to seven million years.
Advertisement
According to Thackeray, the results of the study show that Paranthropus had a primarily herbivorous-like diet, while Homo included a greater consumption of meat.

Signatures of essential chemical elements have been found in trace amounts in the tooth enamel of the three fossils genera, and the results are indicators of what South African hominins ate and what their habitat preferences were.

Strontium and barium levels in organic tissues, including teeth, decrease in animals higher in the food chain. The scientists used a laser ablation device, which allowed them to sample very small quantities of fossil material for analysis. Since the laser beam was pointed along the growth prisms of dental enamel, it was possible to reconstruct the dietary changes for each hominin individual.

Thackeray states that the greater consumption of meat in the diet of early forms of Homo could have contributed to the increase in brain size in this genus.

Australopithecus probably ate both meat and the leaves and fruits of woody plants. The composition of this diet may have varied seasonally.

Apart from the dietary differences, the new results indicate that the home-range area was of similar size for species of the three hominin genera.

According to the results all the hominids lived in the same general area, not far from the caves where their bones and teeth are found today.

Professor Vincent Balter of the Geological Laboratory of Lyon in France, suggests that up until two millions years ago in South Africa, the Australopithecines were generalists, but gave up their broad niche to Paranthropus and Homo, both being more specialised than their common ancestor.

We May Have Oversimplified Our Ancestors Diets, High-Tech Tools Show

Researchers using the latest high-tech tools to study the diets of early hominids are challenging long-held assumptions about what our ancestors ate.
Advertisement
<< Athletes Train and Relax in Alternative Village
New Substances a Lot More Powerful in Destroying Chemical W... >>

Did the Predatory T.Rex Have Vegetarian Ancestors?

Why Do We Eat - Nutrition Facts
News Archive
News Resource
Advertisement
News Category
Which is a Better Form of Exercise: Daily or Weekly? First Phase of Foot-and-Mouth Disease Vaccination Shocking News: Polio Cases Return After a Decade in the US Death Caused by a Rare Type Amoeba: Research Study Japan Approves Smallpox Vaccine for Monkeypox
More News
Sign up for Wellness Consult a Doctor Sign up for Selfcare