Early Detection of Cancer To Be Aided By Mobile App 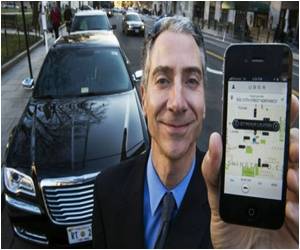 A new gaming app that will help scientists analyse genetic data in the search for cancer cures is being developed.

Cancer Research UK have teamed up with Google, Facebook and Amazon to develop a game you can play on your mobile that will simultaneously sort through genetic data, the Independent reported.

A group of some of the world's best technology minds from Facebook, Google and Amazon, plus 40 hackers, programmers and games testers will take part in a weekend 'hackathon' from March 1-3 to turn the data provided by Cancer Research UK into a game, provisionally called GeneRun, to be offciially launched this summer.


The event will take place on the Google campus near Old Street, east London.

The implications of the game are wide-reaching. As anyone with a smartphone can play it, it will cut down the time scientists need to spend sorting through genetic data, and reach cancer cures faster.
Advertisement
The aim of the game will be to spot minute differences in the data between cancerous genes and healthy genes, but the final game will look more like a traditional game format, so that the player wouldn't be aware they were actually spotting genetic mutations.

Amy Carton, Cancer Research UK's head of Citizen Science, said: "The aim is for people to want to play the game for the games sake but with the brilliant side effect that they will be helping with cancer research too."

At present, much of this type of research can take years to analyse, but this form of crowd-sourcing the work should speed up the process.

Professor Carlos Caldas, senior group leader at the Cancer Research UK Cambridge Institute, University of Cambridge, said: "The clues to why some drugs will work and some won't, are held in data which need to be analysed by the human eye - and this could take years. By harnessing the collective power of citizen scientists we'll accelerate the discovery of new ways to diagnose and treat cancer much more precisely."

Oz Drivers Resort to New Mobile Application to Escape Police Speed Cameras
A new mobile phone technology is growing in popularity with its ability to alert drivers to the ......

Want To Know How You Would Look Like After 10 Years Of Downing Alcohol? Check Out A Mobile Application
Giving users an insight into how they will look after ten years of binge drinking is a chilling new ...

Teenagers Can Be Tantalised By Virtual Smoking Apps
Teenagers can virtually light up and smoke away with the help of dozens of free mobile ......

Cash Awarded To Indian Inventor For Development Of Braille Phone
$50,000 was awarded to a 29 year old Indian inventor to help him make a new low-cost mobile phone .....