Children those who are exposed to a lot of Parent-Child Conflicts tend to have difficulty in finding a purpose of life when they grow up. The findings of this study are published in the journal of Youth and Adolescence.

Children who have more conflict in relationships with their mothers during early years of elementary school may find it more difficult to find a sense of purpose in life as they reach adulthood, suggests new research from Washington University in St. Louis.


"One of the biggest takeaway messages from these findings is that the path to a purposeful life starts very early, well before we start to consider different goals for life," said Patrick Hill, associate professor of psychological and brain sciences in Arts & Sciences and co-author of the study.


‘Kids those who have had reported having conflicted early relationship with their mothers were found to have difficulty in finding the right path- or a sense of purpose in life as they grew up.’


"This research shows that it's the child's perspective of conflict that has the greatest effect on a later sense of purpose and what matters most in this equation is the child's relationship with his or her mother," he said. As defined by the study, a sense of purpose involves having the belief that one has a stable, far-reaching aim that organizes and stimulates behaviors and goals to promote progress toward that objective.

While having a sense of purpose is important to setting goals and picking careers, studies show it also plays a key role in motivating children to develop the life skills necessary for independence  learning how to cook, stick to a budget, buy insurance and a host of other day-to-day survival skills that millennials now refer to as "adulting."

The study is one of the first to show long-term associations between a child's reports of early life experiences and whether that child feels purposeful later in life.

Again, only the child's perspective seemed to matter.

Parental reports of troubled relations with their young offspring turned out to be poor predictors of a child's later sense of purpose, the study found.

The study, forthcoming in the Journal of Youth and Adolescence, is based on data from a long-running Oregon study of 1,074 students (50 percent female) and their parents, all of whom self-reported on levels of parent-child conflict in their families during grades 1-5.

Children and parents were asked to respond to true-or-false statements about their interactions, such as "We joke around often," "We never have fun together," or "We enjoy the talks we have." Other questions asked whether "We get angry at each other" at least once a day, three times a week, or "a lot."

A sense of purpose was scored based on responses to statements such as "There is a direction in my life," "My plans for the future match with my true interests and values," "I know which direction I am going to follow in my life," and "My life is guided by a set of clear commitments."

Other questions focused on life satisfaction and perceived stress: In the past month, how often have you felt that you were unable to control the important things in your life, confident about your ability to handle your personal problems, that things were going your way, or that difficulties were piling up so high that you could not overcome them?

Hill and his colleagues utilized this rich data set to link what children thought of their relationships with their parents to their attitudes about purpose in life as they were starting to enter adulthood. His co-authors include Joshua Jackson, the Saul and Louise Rosenzweig Associate Professor in Personality Science at Washington University; Leah Schultz, a doctoral student in psychological and brain sciences at Washington University; and Judy Andrews, senior scientist at Oregon Research Institute in Eugene, Ore.

"A growing body of literature shows that having a sense of purpose is clearly something beyond just being satisfied with your life or not feeling stressed," Schultz said. "With our design, we were able to disentangle these outcomes and see the direct relationship between parent conflict and a sense of purpose."

Schultz studies the development of individual differences such as personality traits and vocational interests across the lifespan. She is particularly interested in how individuals navigate these differences in their daily lives, how they select into the environments that fit them best, and what implications better person-environment fit may have for a variety of life outcomes.

"In this study, we were able to look at factors of the parent-child relationship, like how much parents and children experience conflict," Schultz said. "But it will be important for researchers to understand, specifically, how are parents demonstrating the value of a purposeful life? How are they helping children to define and pursue their own purposeful paths? Understanding the content of those conversations can help us all understand how conversations matter to the children in our lives." 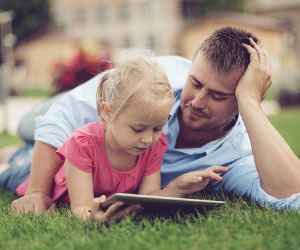 Healthy Parent-Child Relationship in Low Economic Groups Enhances Stress Response
Children from poor background, who have good relationships with parents experience a wide range of achievements that contribute to their self-confidence, self-esteem, and self-efficacy.
READ MORE 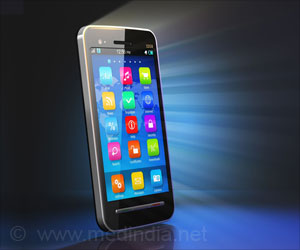 Play Pokemon Go For Better Parent-Child Bonding
Parents playing "Pokemon GO" with their children, talked more than usual, both about the game and about other things in life.
READ MORE