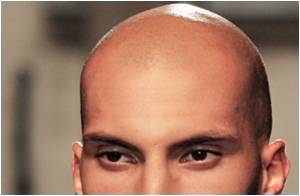 A chemical called Di-Hydro-testosterone (DHT) which is produced by the male hormone testosterone is linked with male pattern baldness (androgenic alopecia). Testosterone is also linked with growth of cancer tumor. Researchers suggest that as a preventive anti-cancer treatment, an anti-baldness pill, finasteride which is popularly makerted as Propecia, could be given to individuals at a higher risk of prostate cancer. Finasteride prevents the conversion of testosterone to DHT, which promotes baldness.

These findings have been published in the journal Annals of Oncology.

PSA blood test is specific to prostate gland but not necessarily a cancer specific test but is commonly used to diagnose prostate cancer.
Advertisement
<< Is The Fizz Out  Do We Have the Recipe for Coca-Cola?
Rice Plantations in China Contain Abnormal Levels of Cadmiu... >>

A few men are only in their twenties when they begin to lose hair, but by the time men reach their fifties, more than 50% of them have what doctors would call 'significant hair loss'.
Advertisement
News A-Z
A B C D E F G H I J K L M N O P Q R S T U V W X Y Z
What's New on Medindia

Blood - Sugar Chart Drug - Food Interactions Hearing Loss Calculator A-Z Drug Brands in India How to Reduce School Bag Weight - Simple Tips Sinopril (2mg) (Lacidipine) Find a Hospital Pregnancy Confirmation Calculator The Essence of Yoga Drug Side Effects Calculator
This site uses cookies to deliver our services.By using our site, you acknowledge that you have read and understand our Cookie Policy, Privacy Policy, and our Terms of Use  Ok, Got it. Close
×