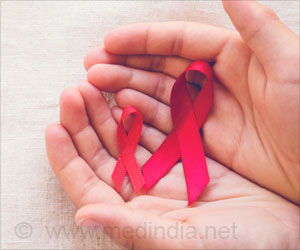 A new study has found that introducing combination antiretroviral (ART) treatment at the earliest stages of HIV infection was found to allow the generation of functional CD8 "killer" T cells and preservation of the CD4 helper T cells that are the virus's primary target. Investigators from the Ragon Institute of MGH, MIT and Harvard describe the results of their study, conducted among South African women at risk for contracting the virus, in Science Translational Medicine.

"In a sense, this study shows that limiting the amount of virus the immune system encounters can stimulate much more potent CD8 T cell responses, leading to the development of long-term immune memory," says Bruce Walker, MD, Ragon Institute director and senior author of the report. "The results have implications for HIV vaccine development, as this kind of functional immunity to HIV is what we would need from a vaccine."

Typically, HIV infection induces a massive CD8 T cell response that initially suppresses viral levels. But that response soon becomes exhausted and remains dysfunctional, allowing the virus to rebound and establish a persistent infection. The Ragon Institute team - led by Zaza Ndhlovu, PhD, also of the Africa Health Research Institute and lead author of the report - set out to examine whether that process could be subverted by very early institution of ART. To do that, they enrolled a group of participants in the FRESH (Females Rising Through Education, Support and Health) study, based in KwaZulu-Natal, the South African province with one of the world's highest HIV infection rates.


Instituted in 2012, the FRESH study enrolled women ages 18 to 23 who were not in school or employed, were sexually active and were HIV negative at the time of enrollment. Along with attending twice-weekly sessions addressing career development, self-esteem, relationships, gender-based violence and HIV prevention and treatment, participants receive HIV testing at each visit. The current study enrolled 46 participants in whom "hyperacute" HIV infection was detected - 26 who began receiving ART within 24 to 48 hours of initial detection, 8 who began receiving ART at later stages of infection and 12 who began treatment when CD4 T cells dropped below 350, the standard treatment guideline for South Africa at the time.
Advertisement
The results showed that, while the immediate HIV-specific CD8 T cell response of women receiving very early ART was much less intense than that of those whose treatment began later, that response remained functional - as indicated by continued expression of genes associated with key antiviral cytokines - and persistent. Early ART also altered the maturation of HIV-specific CD8 T cells towards generation of effective antiviral T cell memory and promoted robust HIV-specific CD4 T cell responses.

"We now need to see whether these responses can control HIV in the absence of ongoing ART treatment or if we can further augment their immune responses, for example, by immunizing against highly networked viral amino acids as described in our recent Science paper." Walker is the Phillip T. and Susan M. Ragon Professor of Medicine at Harvard Medical School and a Howard Hughes Medical Institute investigator.