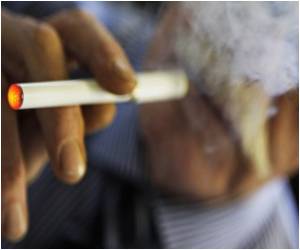 Argentina announced on Monday imposed ban on importing, sale and advertising of the electronic cigarettes saying there is no scientific proof that the device may help smokers kick the habit.

The government agency that regulates pharmaceuticals and food issued a blanket ban for the devices in a statement.

The plastic cigarettes function as mini aerosols, releasing artificial smoke with or without nicotine. Manufacturers say the cigarettes are not harmful to the smoker or people around them -- a claim health experts reject.


Experts also said the devices, which are meant to simulate the experience of puffing on a cigarette, are ineffective in helping smokers end their habit.

Approximately half the smokers die due to smoking -related diseases. But it is not just the smokers who are at the receiving end. The passive smokers too, often pay a heavy price. If you still have not 'kicked the butt', learn more horrifying facts about smoking by participating in the following quiz.
Advertisement
"There is no scientific evidence that validates these products as auxiliary measures to stop smoking, nor their safety," said Roberto Lede, a senior official in Argentina's state regulatory office said.

The statement mentioned a World Health Organization (WHO) recommendation stating that the level of safety and the degree of nicotine absorption by these products has not been established.

Eduardo Bianco, a leading Uruguayan anti-tobacco expert, said at a WHO health conference in Uruguay in November that electronic cigarettes "sabotaged smoking prevention efforts" designed to encourage people to quit.

Argentina joins Uruguay, Colombia and Panama in banning electronic cigarettes. The devices however have not been banned in the United States or the European Union.

Every cigarette you smoke is causing irreversible damage to your body; slowly killing you from the inside. It also endangers those around you, your family and children.
Advertisement
<< First US Face Transplant Patient Dreams of Going Home Soon
Study Uncovers Link Between Obesity, Mental Illness >>

With the repercussions of tobacco smoke looming large, and the promise of a healthy future sans tobacco, it is no surprise that there are teeming numbers who wish to quit the potentially lethal vice.
Advertisement
News A-Z
A B C D E F G H I J K L M N O P Q R S T U V W X Y Z
What's New on Medindia