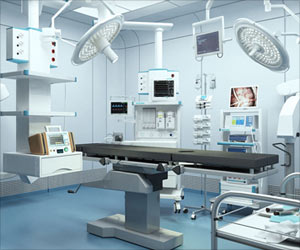 "The mapping was successfully completed in 29 States resulting in 7,56,750 number of equipment in 29,115 health facilities, costing approximately Rs 4,564 crore being identified," says the Health Ministry.

A health ministry official revealed that the central government will be introducing a new bill to regulate medical equipment industry that will separate it from drug manufacturing.
Advertisement
‘The dysfunctional equipment became functional in exactly after four months of work order in most of the states in India. ’

The health ministry has reported that the cost of the dysfunctional equipment came up to Rs 1,015.74 crore.


The mapping was part of a massive exercise to map the inventory of all bio-medical equipment taken following the instructions of Health Minister J.P Nadda.

Despite having only 8% of the country's medical equipment factories karnataka has managed to top the chart in supplies for the fiscal year 2011-2012.
Advertisement
Nadda's order comes after recent observations made by the Prime Minister on equipment in various hospitals that are either unused or there is no maintenance resulting in wastage of resources,

The Ministry has also prepared comprehensive guidelines along with Request For Proposal (RFP) on Biomedical Equipment Management and Maintenance Program (BMMP), linked with uptime of equipment.

"Under BMMP, support is being provided to the state governments to outsource medical equipment maintenance comprehensively for all the equipment across all the facilities. Subsequent to inventory mapping, RFPs/tenders were rolled out to award maintenance contract for the respective states," said the Ministry.

Five states -- Uttar Pradesh, West Bengal, Chhattisgarh, Karnataka and Gujarat -- have released the RFP and are in the process of finalizing the tenders.

Expressing satisfaction over the exercise, Nadda said: "The implementation of BMMP has helped in improving diagnostics services in health facilities, thereby reducing cost of care and improving the quality of care in public health facilities."

Medical Equipment Sent by US to Fight Ebola Arrive in Liberia

The US government donated sixteen tonnes of medical equipment that arrived on Sunday in Liberia, a country which has tallied the highest death toll in the West African epidemic.
Advertisement
<< Skin, A Channel Of Transmission For African Sleeping Sicknes...
How Hungry Human Liver Cells Find Energy? >>