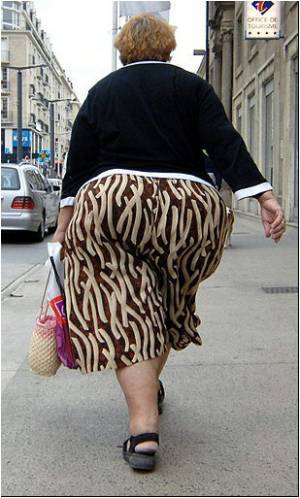 A new study says that severely obese women who gain less than the recommended amount of weight during pregnancy are likely to stay healthy.

In contrast, obese and non-obese women who gained less weight in the second and third trimester had undesirable outcomes, including a higher likelihood of delivering a baby that is small for gestational age-smaller than the usual weight for the number of weeks of pregnancy.

"The study suggests that even the recommended amounts of weight gain might be more than is needed for the most obese women," said Eva Pressman of Maternal Fetal Medicine at the University of Rochester Medical Center.


In 2009, the Institute of Medicine released new guidelines for how much weight a woman should gain during pregnancy, taking into account changes in the population, particularly the increase in the number of women of childbearing age who are overweight and obese.

Childhood obesity is one of the most serious health challenges in the developing countries and needs to be understood and tackled effectively.
Advertisement
The new study sought to determine the impact of weight gain outside recommended ranges during the second and third trimester of pregnancy on women and their babies.

Gaining less weight than recommended in the second and third trimester was associated with increased likelihood of having a baby that is small for gestational age in all BMI groups except obese class II and III.

Gaining more weight than recommended in the second and third trimester was associated with increased likelihood of having a baby that is large for gestational age in all BMI groups.

In addition to weight gain rates outside the recommended ranges, increasing BMI alone was associated with negative outcomes for mothers and newborns as well.

The findings were presented at the Society for Maternal-Fetal Medicine annual meeting.

Over 1 billion people world-wide are obese thus affecting their health due to their nutrition and lifestyle. 3.9% of India's population is obese! Know more about obesity and its prevention.
Advertisement
Advertisement