Duchess of Cambridge Turns 'lioness' When It Comes to Baby 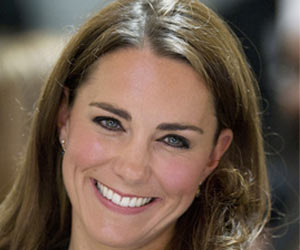 According to a report the Duchess of Cambridge is a lioness when it comes to making decisions about her baby and will apparently buck royal protocol by moving to her mother's (Carole Middleton) place after the birth.

The 31-year-old royal is seven months pregnant with her first child with husband Prince William.

Although Kate is happy to embrace her role as a future queen and play by the rules, she is adamant that motherhood will be something that she is in complete control of.


A source told British magazine Look that there must have been long meetings at the palace about it, but she has stood her ground.

The source said that Kate is a normal girl at heart, and this is her first child and like every woman she is obviously nervous about becoming a mother, and wants her own mum on hand.
Advertisement
The insider asserted that Princess Diana stayed at Kensington Palace and later admitted that she was lonely there, Kate doesn't want that and when it comes to her child, "Kate's a lioness," Stuff.co.nz reported.

The insider said that Kate is putting her foot down so that everyone knows that she won't have parenting choices dictated to her.

William and Kate to Name Baby Philip After Their Grandfather If Its a Boy
The Duke and Duchess of Cambridge are preparing for any eventuality and will be naming their baby .....

Family Friend Reveals That 'Pregnant' Duchess Kate 'Feeling Great'
A family friend has revealed that the Duchess of Cambridge, is looking and feeling lovely as she ......