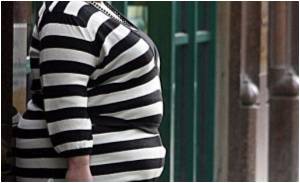 A key regulator of fat cell development that may provide a target for obesity and diabetes drugs has been identified in a new research by scientists at The Scripps Research Institute and collaborating institutions.

In a paper published in the latest issue of Cell Metabolism, the scientists describe a protein called TLE3 that acts as a dual switch to turn on signals that stimulate fat cell formation and turn off those that keep fat cells from developing. TLE3 works in partnership with a protein that is already the target of several diabetes drugs, but their use has been plagued by serious side effects.

"There is definitely a need for alternative drug targets," said Scripps Research Associate Professor Enrique Saez, who led the study with Professor Peter Tontonoz of Howard Hughes Medical Institute and the University of California, Los Angeles (UCLA). "Our goal is to understand how fat cells form so that we can develop better treatments for obesity and related disorders."


Fat: the Good and Bad

In today's culture, fat has a bad reputation but it's not all justified. Adipose (fat) tissue stores excess fatty substances, called lipids, obtained from the diet to prevent them from accumulating in other tissues, such as liver and muscle, where they would cause damage. Fat tissue also produces hormones that help control the balance of insulin in the blood and regulate energy production and consumption.

Childhood obesity is one of the most serious health challenges in the developing countries and needs to be understood and tackled effectively.
Advertisement
But in some conditions, such as in obesity, adipose tissue no longer functions as it should. "When we have too much fat, it tends to become dysfunctional," said Saez. "That is when you run into problems like insulin resistance and diabetes."

One way to combat such problems is to generate additional healthy fat cells and to improve the functioning of existing ones.

Like all cells in the body, fat cells, or adipocytes, arise from stem cells, which are induced to differentiate into fully mature adipocytes by pathways of signals passed from one molecule to the next.

The activity of a protein called peroxisome proliferator-activated receptor gamma (or PPARγ for short) plays a central role in activating pathways required for adipocytes to form and function. "PPARγ is interesting because it is itself activated by lipids," said Saez. "When excess lipids are present in the body, the lipids turn on PPARγ so that it stimulates the formation of more fat cells to deal with these lipids."

In contrast, another pathway, regulated by proteins in a family called Wnt, blocks adipocyte differentiation, so it needs to be turned off for adipocytes to form.

A Dual Regulator of Differentiation

To find additional players in adipocyte formation, Saez, Tontonoz, and colleagues induced cells growing in a dish to differentiate into adipocytes. The scientists then individually tested the ability of 18,000 genes to augment the conversion of undifferentiated cells into fully functioning adipocytes, looking for genes that might play a role in this process.

In this way, they identified the gene encoding the TLE3 protein, which had never before been linked to fat development.

Saez, Tontonoz, and colleagues discovered that PPARγ turns on the production of TLE3. TLE3 then forms a complex with PPARγ and helps it turn on other genes and pathways needed for adipocyte formation.

In addition, TLE3 turns off Wnt signaling. "This is how Wnt gets shut off to allow differentiation to occur," said Saez. "TLE3 has a dual function: it is a positive regulator for PPARγ and a negative regulator for Wnt."

A class of drugs introduced in the 1990s to treat diabetes, the thiazolidinediones, acts by stimulating PPARγ activity. But these drugs are far from optimal. Recently one of them, rosiglitazone (Avandia), was put under selling restrictions in the United States and withdrawn form the market in Europe due to increased risk of cardiovascular events. It is thought that the side effects of thiazolidinediones are due to activation of PPARγ in tissues other than fat.

To test whether TLE3 might provide an alternative target for diabetes drugs, Saez and Tontonoz engineered mice that produce higher-than-normal amounts of human TLE3 in adipose tissue and then fed the mice a high-fat diet. Normally this type of diet produces resistance to insulin and changes in glucose regulation, both risk factors for diabetes. But the engineered mice were more insulin-sensitive and had better glucose metabolism than regular mice fed the high-fat diet.

"These are the same results you would get if you stimulate PPARγ," said Saez. "So in theory you could enhance TLE3 activity to improve adipose tissue function and ameliorate the symptoms of diabetes."
Source: Eurekalert

Obesity is the root cause of problems like diabetes, heart disease, stroke, arthritis and gall bladder disease. A serious look at our strategies is needed to tackle this fast growing epidemic.
Advertisement
Advertisement