Those who suffer from oral health conditions such as dry mouth (xerostomia) can find relief from over-the-counter muco-adhesive patch, according to a recently published study.

Chronic dry mouth impacts the quality of life and for some, can be debilitating.

The study found that chronic dry mouth sufferers can now get a statistically significant reduction of mouth dryness from a new time-released muco-adhesive patch (OraMoist Dry Mouth Patch), compared with the leading oral rinse which has been on the market for nearly two decades.

The study authors believed it to be clinically outstanding, since the product does not contain any cholinergic agonist-a drug often used to treat dry mouth.

OraMoist, a new time-released, non-drug formula, outperformed the mouthwash, one of the most often used delivery formats for treating dry mouth.

In fact, unlike dry mouth sprays, rinses or gels, which need to be applied frequently - sometimes every 20 minutes - OraMoist works to increase moisture and help restore a healthy oral environment for hours at a time, day or night, and can even be used by those with dental appliances, such as dentures.

It moistens and lubricates the mouth with time-released lipids, citrus oil and sea salt, while simultaneously stimulating saliva production and inhibiting bacterial growth and promoting oral health with enzymes and xylitol.

"Oral disorders such as dry mouth and canker sores require long residence of the active remedy in the mouth or the disease site for effective treatment. Muco-adhesive patches made of safe ingredients that adhere to the oral mucosal tissue and slowly erode while releasing active remedies for two to six hours provide the desired residence time for effective therapy. This novel approach of time-released delivery has proven to be a successful and desirable approach to treating chronic conditions that affect millions of people, and can be disruptive to their lifestyle," said Dr. Professor Abraham J. Domb, at the Hebrew University, inventor of the muco-adhesive time-released patch.

The evolution of the muco-adhesive patch has found commercial viability in treating canker sores as well because the patch can also act as a bandage for the sores for eight to twelve hours while releasing active remedial ingredients.

The study has been published in the latest issue of Quintessence International.

Mouth an Indicator of Body's Overall Health
The mouth or oral cavity area is an excellent indicator of the whole body's health, says a University of Maryland Dental School professor.
READ MORE 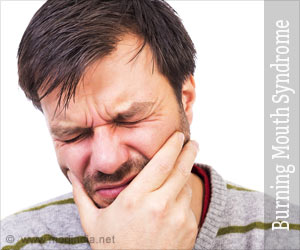 Burning Mouth Syndrome
Burning mouth syndrome occurs in adults over 40 years of age where they may feel burning sensation in the mouth but there is no clear cause or treatment.
READ MORE

Halitosis
Halitosis is an embarrassing condition that affects a persons self confidence. It is usually caused by bad oral hygiene.
READ MORE 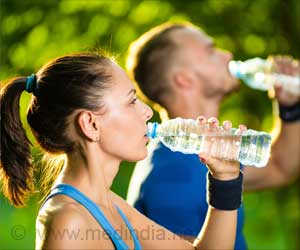 Top 7 Reasons You Could be Excessively Thirsty
Excessive thirst can be an outcome of several medical conditions. If not treated properly it can be severe.
READ MORE