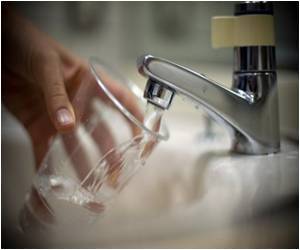 Exposure to PCE, a chemical commonly used in dry-cleaning, can increase the risk of mental illness, finds a new study.

The solvent tetrachloroethylene (PCE) widely used in industry and to dry clean clothes is a neurotoxin known to cause mood changes, anxiety, and depression in people who work with it. To date the long-term effect of this chemical on children exposed to PCE has been less clear, although there is some evidence that children of people who work in the dry cleaning industry have an increased risk of schizophrenia. New research published in BioMed Central's open access journal Environmental Health found that exposure to PCE as a child was associated with an increased risk of bipolar disorder and post traumatic stress disorder (PTSD).

From 1968, until the early 1980s, water companies in Massachusetts installed vinyl-lined (VL/AC) water pipes that were subsequently found to be leaching PCE into the drinking water supply. Researchers from Boston University followed the incidence of mental illness amongst adults from Cape Cod, born between 1969 and 1983, who were consequently exposed to PCE both before birth and during early childhood.


While there was no increase seen in the incidence of depression, regardless of PCE exposure, people with prenatal and early childhood exposure to PCE had almost twice the risk of bipolar disorder, compared to an unexposed group, and their risk of PTSD was raised by 50%.

The World Health Organization reports that depression is one of the main causes of disability affecting about 121 million people worldwide. More tragically, it claims around 850,000 lives every year. Hence, it is important that we understand this affliction to help ourselves or our loved ones to cope and, hopefully, resolve it. How well do you know the facts about depression? Take this quiz and f
Advertisement
Dr Ann Aschengrau from Boston University School of Public Health warned, "It is impossible to calculate the exact amount of PCE these people were exposed to - levels of PCE were recorded as high as 1,550 times the currently recommended safe limit. While the water companies flushed the pipes to address this problem, people are still being exposed to PCE in the dry cleaning and textile industries, and from consumer products, and so the potential for an increased risk of illness remains real."

Study of the psychology of color, technically termed as chromology delves into the influence of colors on the relationship between body and mind.
Advertisement
Advertisement

Somatic symptom disorder is said to occur when a persons focus, feelings and behavior related to physical ...

Seventy percent of our body is water. It is a vital need to live healthy. Learn how drinking water regularly ...