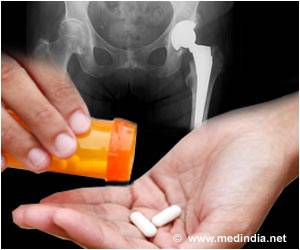 Depression and anxiety are a serious illness which has a major impact on the physical and mental well being.

According to a recent study, older individuals who took medications for depression and anxiety had an increased risk of hip fracture when compared to the older population.

The analysis measured drug levels in individuals' blood samples, which provided investigators with a more precise measure than asking participants if they took the medications or examining their medical records. Indeed, the drugs were often present in these samples despite no information in patients' medical records.


"We were surprised to find that so many patients had centrally-acting drugs in their blood without doctors being aware of this use. Several of the detected drugs increase the risk of falling, which underscores the clinical relevance of these findings," said Ragnhild Birkeland Waade, lead author of the British Journal of Clinical Pharmacology study.

Antidepressant Side Effects Higher In People With Panic Disorder

People suffering from panic disorder, who are on antidepressants, experience more side effects from the medication.
Advertisement
<< Everolimus Drug Could Protect Ovaries, Avert Chemotherapy In...
New Medications can treat HCV Infections >>

The use of antidepressants is quite common with an increase in stress-related depression of the modern world. The tricyclic antidepressants like amitriptyline and imipramine are among the older drugs for the treatment of depression. Newer drugs like the selective serotonin reuptake inhibitors (SSRIs) and the atypical antidepressants like mianserin and mirtazapine result in lesser side effects. Tes