Drugs Have Helped To Reduce AIDS Deaths in South Africa 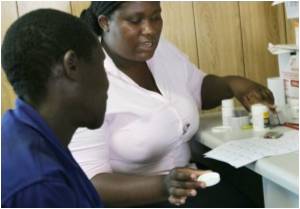 South Africa's AIDS deaths have fallen by nearly 25 percent due to scaled up access to life-saving drugs, which the government for years had refused to provide, new research has shown.

"The rapid expansion of South Africa's anti-retroviral programme appears to have slowed down the AIDS mortality rate in recent years," said the Actuarial Society of South Africa (ASSA) in a statement.

The theme of HIV Science 2010 stressed on need for research on HIV/AIDS to contain and prevent the estimated 5.2 million HIV infections in India.
Advertisement
From 2005 to 2010, infections among 15 to 24 year olds dropped 1.5 percent, but rose among 15 to 49 year olds by 0.6 percent, partly due to adults living longer due to anti-AIDS drugs.

The model does not include new prevention efforts, such as male circumcision shown to reduce female-to-male infection by 60 percent, and the state's widening of treatment access last year.

After years of refusing to provide drugs in one of the world's most affected societies, South Africa in December had one million people on treatment.