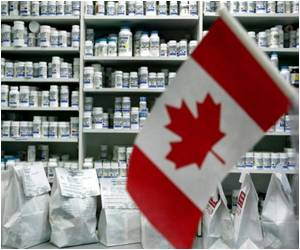 Drug shortages remain a serious problem for patient safety, according to newly published results from a survey of pharmacy directors.

Nearly half of the responding directors reported adverse events at their facilities due to drug shortages, including patient deaths.

The survey was conducted by Northwestern Medicine® researchers in partnership with MedAssets, as part of the MedAssets Pharmacy Coalition to better understand how drug shortages affect patient outcomes. The survey asked pharmacy directors from a variety of health care settings to supply information on drug shortage related patient complaints, adverse events, medication errors, patient outcomes, demographics and institutional costs. The survey's findings were detailed in, "Effects on Patient Care Caused by Drug Shortages: A Survey," a research article published in the November/December issue of the Journal of Managed Care Pharmacy (JMCP).


"Drug shortages are the first thing I think about when I get up in the morning and it is the last thing on my mind when I go to bed at night," said Gary Fennessy, MBA, vice president of Operations for Northwestern Memorial HealthCare and co-author of the JMCP article. "This is not a problem that is going to go away on its own. Healthcare leaders must not lose sight of it as a major contributor to patient harm or consider its adverse effects inevitable."

In 2009, the American Society of Health-System Pharmacists put drug shortage management guidelines in place for health care providers to try and minimize negative impacts patient care, and in 2011, following an Executive Order from President Barak Obama on reducing drug shortages, the U.S. Food and Drug Administration (FDA) increased its efforts to prevent and resolve drugs shortages. While the FDA recently reported that the number of new shortages in 2012 was down to 117, from 251 in 2011, drug shortages are still having a major impact on patient care.

A common practice to help mitigate the problems caused by a drug shortage is to use an alternative medication when possible. Even when alternate medication can be used, there can be many unintended consequences and additional side effects. In general, drug shortages have been known to cause, or contribute to a variety of issues, which were also represented in the newly published survey responses including:
In addition to the more well-known impacts, the new JMCP article revealed that nearly 10 percent of the reported adverse patient outcomes were increased readmissions due to drug shortage related treatment failures. Thirty eight percent of the surveyed pharmacy directors also said their organization had received at least one patient complaint related to shortages, and of those respondents reporting the actual number of patient complaints about 20 percent reported a total of more than 10 complaints. The article's authors suggest that documented occurrence of increased readmission rates and the impact of drug shortage related patient complaints could affect health care reimbursements for providers in the future as part of the Affordable Care Act.

"This survey is the first that we are aware of to describe the effects that drug shortages have on patient complaints," said Despina Kotis, PharmD, director of pharmacy at Northwestern Memorial HealthCare and co-author of the JMCP article. "It clearly shows that patients are aware these shortages are happening and they are upset that their care is being adversely affected by them."

"Drug shortages have been a well known issue in patient care for nearly a decade," said Milena McLaughlin, PharmD, MSc, clinical pharmacist at Northwestern Memorial Hospital, assistant professor at the Midwestern University Chicago College of Pharmacy, and lead author of the JMCP article. "While some progress has been made, drug shortages continue to be problematic and our results help make it clear that this is still a major area for improvement in patient care."

Study Suggests Patients With Diabetes Who Use Mail Order Pharmacy are Less Likely to Visit ER's
A new study suggests that diabetics who receive prescribed heart medications through mail were less likely to visit the emergency room.
READ MORE

Experts Opine Pharmacy Research can Help Raise Health Literacy Standards
A new report suggests that researching which tools are effective in healthcare can help in achieving goals set by the 2010 US National Action Plan to Improve Health Literacy.
READ MORE

Co-Operative Pharmacy to Offer EllaOne as OTC Pill
One of the largest pharmacy chains in Britain will be offering the 'five-day after' contraceptive pill without the need for a prescription.
READ MORE