Four people in the US have died due to a deadly form of drug-resistant yeast that has spread across the world since 2009.

The new yeast superbug, called Candida auris, causes outbreaks in a way that has never been seen before, and it doesn't respond to the few drugs available to treat fungal infections. CDC scientists are urgently studying it to understand how it spreads and how it can be controlled.


C. auris is causing very serious wound and bloodstream infections in people who are already hospitalized and ill. So it's behaving like the bacteria that are known to cause deadly health-care-associated infectionsorganisms such as MRSA, Klebsiella, and Acinetobacter that reach patients on health-care workers' hands and via contaminated hospital equipment.


‘The source of infection isnt the person who got sick. Instead it is the hospital environment, including catheters, counters, and other surfaces.’


The CDC announcement marks the second time this year the agency has raised the alarm about C. auris. In June, the CDC sent a warning to U.S. hospitals to begin watching for the pathogen, alerting them that C. auris behaves in ways that are unlike other fungal infections and that it's both difficult to detect and hard to treat.

The CDC says that the warning elicited reports of seven sick patients in New York, New Jersey, Maryland, and Illinois. Of those infected, four people have died.

None of the cases are related, and none of the patients have anything in their recent past that would explain their infections. But four of themthe two in Illinois and one each from New Jersey and Marylandwere housed in the same health-care institutions at different times

. The organisms taken from infected people in other countries were related genetically in cladesthink of them as being like familiesthat were similar within each country but unlike ones in other countries. The implication is that a single new superyeast has not arisen in one place and started moving across the world. Instead, perplexingly, separate strains seem to be rising in different places at the same time.

The cases in the United States that researchers have been able to analyze seem to be most like the yeasts circulating in South Asia and South America. But the U.S. patients didn't travel to those areas, and only one had been outside the country recently, having been transferred from a hospital in the Middle East. That's leading the CDC to wonder whether, at some point in the past, some unidentified person crossed borders carrying C. auris unknowingly in their gut and introduced it here.

People with serious long-term conditions often cycle between different facilities, such as from a hospital to a long-term care unit or a nursing home, and it's already known that such transfers can cause infections to spread back and forth through health care. So until the source of C. auris is found or a treatment is identified, isolating patients, enforcing strict precautions for health-care workers, and cleaning hospitals ultra-thoroughly may be the only protections.

"We consider this a serious threat that we want to act on aggressively," Chiller says. "It is just not acting like a typical Candida. The fact that it is being transferred so readily in hospitals, the fact that it can develop really bad resistance, and the fact that it is hard to identify make it a real threat and a challenge."

Nutrients In Food Can Alter How Our Genes Behave
The nutrients in food alter how proteins are produced in almost every gene in the body, and this can have a direct impact on the health.
READ MORE

Yeast can Cure Themselves of Prions
Protein misfolding and clumping associated with diseases such as Alzheimer's can sometimes be reversed by yeast, reports a new research from the University of Arizona.
READ MORE 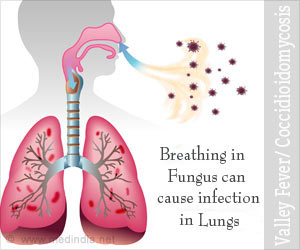