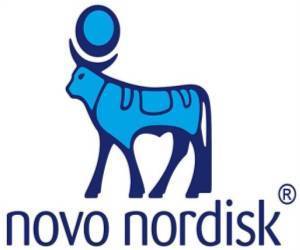 Danish pharmaceutical group Novo Nordisk said Saturday it was pulling 17 types of medication for treating diabetes from the Greek market following a government decree to lower prices of drugs.

"The products that are pulled from the market are the latest generation of insulin products in the pen system," Mike Rulis, Novo Nordisk's head of corporate communications, told AFP.

Insulin delivery devices have evolved drastically since their invention in 1922. They are all aimed to provide insulin to the patients with minimal discomfort.
Advertisement

The company, the world's largest producer of insulin to treat diabetes, said it will not stop selling the 17 products but insists on keeping their prices at the level before the Greek decree took effect on May 3, forcing it to lower prices by about 25 percent.


"That means wholesellers will no longer order these products, because they can only sell them to the pharmacies at a loss, because they will only be reimbursed at the minus 25 percent level," Rulis said.

The blood sugar chart gives you the fasting glucose values and glucose tolerance test values for normal people and people with early diabetes and established diabetes. Also use the calculator to find out if you have diabetes.
Advertisement
Novo Nordisk has however agreed to the price cut on its standard human insulin products, which diabetes patients take out of vials and inject with a syringe.

It will also make another product for diabetes sufferers, glucagon, available for free.

Rulis said about 50,000 people in Greece use the new generation products that the company will pull from the market, while another 40,000 use standard human insulin.

If Novo Nordisk complied with the 25 percent price cut on all products, its operations in Greece would become loss-making, Rulis said.

"The financial consequences for the company would be very significant," he said, adding "a price lowering of this magnitude in Greece would automatically trigger price reductions in other countries."

Pets like cats and dogs suffer from diabetes, which is similar to that in humans. It is treated with insulin ...