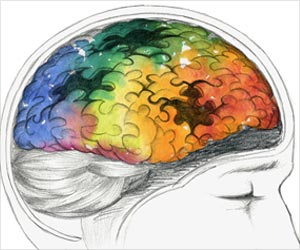 New machine learning algorithm designed by the researchers is more efficient than the industry standard in drug discovery. It also helps to accelerate the process of developing new treatments for disease.

The researchers, led by the University of Cambridge, used their algorithm to identify four new molecules that activate a protein which is thought to be relevant for symptoms of Alzheimer's disease and schizophrenia. The results are reported in the journal PNAS.

A key problem in drug discovery is predicting whether a molecule will activate a particular physiological process. It's possible to build a statistical model by searching for chemical patterns shared among molecules known to activate that process, but the data to build these models is limited because experiments are costly and it is unclear which chemical patterns are statistically significant.


"Machine learning has made significant progress in areas such as computer vision where data is abundant," said Dr Alpha Lee from Cambridge's Cavendish Laboratory, and the study's lead author. "The next frontier is scientific applications such as drug discovery, where the amount of data is relatively limited but we do have physical insights about the problem, and the question becomes how to marry data with fundamental chemistry and physics."
Advertisement
The algorithm developed by Lee and his colleagues, in collaboration with biopharmaceutical company Pfizer, uses mathematics to separate pharmacologically relevant chemical patterns from irrelevant ones.

A mathematical principle known as random matrix theory gives predictions about the statistical properties of a random and noisy dataset, which is then compared against the statistics of chemical features of active/inactive molecules to distil which chemical patterns are truly important for binding as opposed to arising simply by chance.

The researchers built a model starting with 222 active molecules, and were able to computationally screen an additional six million molecules. From this, the researchers purchased and screened the 100 most relevant molecules. From these, they identified four new molecules that activate the CHRM1 receptor, a protein that may be relevant for Alzheimer's disease and schizophrenia.

"The ability to fish out four active molecules from six million is like finding a needle in a haystack," said Lee. "A head-to-head comparison shows that our algorithm is twice as efficient as the industry standard."

The research was supported by the Winton Programme for the Physics of Sustainability.