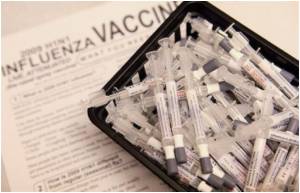 Since the late 1990s, vaccination drives have brought about a sharp decline in salmonella cases, reveal results.

Sarah O'Brien, professor of epidemiology and zoonoses, from the University of Liverpool Institute of Infection and Global Health, who led the study, attributes the sharp drop in salmonella cases to mass vaccination drives, reports the journal Clinical Infectious Diseases.


"We have seen a marked decline in the number of incidences of salmonella infection, shown by two significant studies conducted 10 years apart," O'Brien was quoted as saying in a Liverpool statement.

Between 1981 and 1991, the number of salmonella cases rose by 170 percent in Britain, driven primarily by an epidemic of salmonella enteritidis which peaked in 1993.

A raft of control measures were introduced into the poultry industry including movement restrictions, compulsory slaughter and disinfection procedures, as well as a voluntary industry-led vaccination scheme that began in breeding flocks in 1994 and in laying flocks in 1998.

Contaminated Smoked Salmon Manufactured in Dutch Factory Behind Salmonella Outbreak in US and Netherlands
Smoked salmon from a Dutch fish factory has led to hundreds of Dutch and American consumers suffering from salmonella infection, health authorities in the Netherlands said.
READ MORE