Drop in Melanoma Deaths Restricted to the Erudite

Recently diminishing melanoma mortality rates have been found by the American Cancer Society in non-Hispanic Whites in the U.S. which mainly echoes decline among the highest level of education. It also reveals a widening disparity in melanoma mortality rates by education. The authors say the findings call for early detection strategies to effectively target high-risk, low-educated, non-Hispanic White individuals. The study is published Online First by Archives of Dermatology.

Since the early 1990s, overall melanoma mortality rates among Non-Hispanic Whites (ages 25 to 64 years) have been declining in men and women. But it has not been known whether these death rates might differ according to socioeconomic status (SES).


However, declines occurred only among those with at least 13 years of education or more, irrespective of sex. In fact, there were actually non-significant increases among the least educated individuals. As a result, the educational gap in melanoma mortality rates widened by 51.7% in men and by 35.7% in women between the two time periods (1993-97 and 2003-07).

"To our knowledge, this is the first study to document this education gap in melanoma mortality trends among Non-Hispanic Whites in the U.S.," said Dr. Cokkinides. "The reasons for the widening of the educational gap in mortality rates are not yet understood, but we do know the cornerstone of melanoma control is recognizing the signs of melanoma early. Lower socioeconomic status is associated with suboptimal knowledge and awareness of melanoma, inadequate health insurance, and lower rates of skin self-examination or physician screening."

The authors conclude recent declines in melanoma mortality are largely confined to more educated groups, and that an increasingly disproportionate burden of fatal melanoma among low SES populations calls for more vigilant primary and secondary prevention education campaigns directed to high-risk, low SES individuals and the physicians that care for them. 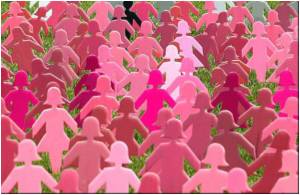 Melanoma Risk Reduced With Antiestrogen Therapy in Women With Breast Cancer
Antiestrogen supplements may be decreasing the risk for melanoma in women with breast cancer, according to a study published in Cancer Prevention Research
READ MORE