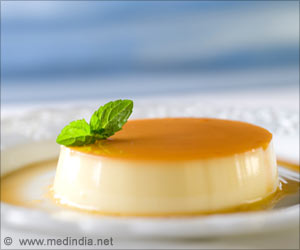 The French have a worldwide reputation for culinary excellence such as aromatic truffles, smooth-as-silk foie gras, firm, springy oysters, mouth-wateringly tender beef and an almost infinite range of cheeses.

But while the country still boasts some of the globe's finest restaurants, chinks have begun to appear in its culinary armor with ever-increasing competition from other countries, from Japan to Brazil via Spain, Denmark and Britain.
Advertisement

Now, amid admissions that standards have indeed slipped in some areas, French diplomats are putting themselves at the forefront of a gastronomic fightback.


The stakes are high. France is the world's most popular tourist destination, with 84.7 million foreign tourists in 2013 and cuisine remains a major motivation for visiting the country.
Advertisement
In 2010, UNESCO even placed the French multi-course gastronomic meal on its "world intangible heritage list" of cultural practices.

With so much riding on France's ability to maintain its culinary pre-eminence, Foreign Minister Laurent Fabius along with chef Alain Ducasse has announced an initiative that will see the very best the country has to offer served in restaurants all over the world as well as in French embassies on one day next March.

"We have to showcase the big establishments. And then we have to improve bistrots and small restaurants. They are not often very good, and often they are expensive," said Philippe Faure, who as co-chair for the Council for Promotion of Tourism will take part in the Gout de France (Good France) project on March 19, 2015.

A former French ambassador to Mexico and Morocco and a one-time president of the Gault & Millau gastronomic guide, Faure's slightly less than diplomatic words hint at the gravity with which the situation is viewed.

To mark the day, thousands of chefs in a range of restaurants on five continents will offer a "French menu" with a Champagne or Cognac aperitif, cold first course, hot second course, fish or shellfish, meat or poultry, French cheeses and chocolate dessert, all accompanied by French wines.

"It's not only about haute cuisine," Ducasse told AFP, explaining that the emphasis would be on vegetables and other seasonal products, avoiding too much fat, sugar and salt.

Along with another celebrated chef, Joel Robuchon, Ducasse already sponsors Taste of Paris, part of the Taste Festivals series which takes place in 19 countries worldwide and whose first Paris edition is planned for May 2015.

"My sole ambition is that French cuisine re-influence the world," he said.

The increasingly influential World's 50 Best Restaurants, published by a British magazine, in 2014 listed only five French restaurants and not one in its top 10.

"The Anglo-Saxons have this idea of dethroning us, of saying 'it was good but it's not any more'," Faure said, conceding that "a form of French gastronomy has deteriorated".

But he added that the situation was far from hopeless.

"We are not saying that we are the only place where this (gastronomy) happens, but we are not on the path to extinction!" he said.

To improve the situation, Ducasse and fellow chef Guy Savoy are currently writing a progress report for the French tourism promotion authorities with recommendations to increase the number of dishes that use fresh, local products.

Both men are also among the 15 founders of the Culinary College of France which since 2013 has classified around 800 French eateries as "restaurants of quality".

But while the will is there, obstacles remain, according to Faure, who highlights the importance of financial factors.

Unlike in France "many countries have big budgets to support their gastronomy", he said, adding however that funding, whether it be public or private, always becomes easier when "ideas are clear".

Gut Bugs May Drive Your Appetite: French Study
The micro organisms in the gut not only play a role in the biology of humans but also exert ......

Dukan Diet
Dukan diet is the most popular and also the most criticized diet for weight loss. Many ......