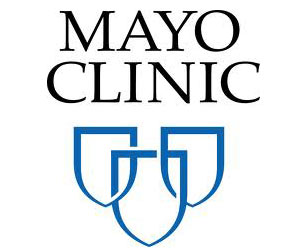 Hundreds of thousands of X-rays are performed across the country each year to help detect and treat common cardiovascular conditions. Some of them are coronary artery disease, valve disease and other heart problems. However, concern is growing within the medical community about the potential risks of radiation exposure from this imaging technology.

Now, researchers at Mayo Clinic have been able to dramatically cut the amount of radiation that patients and medical personnel are exposed to during invasive cardiovascular procedures. The solution: targeted modifications to the use of standard X-ray equipment, coupled with intensive radiation safety training. The efforts are detailed in a paper published online Aug. 20 in the Journal of the American College of Cardiology: Cardiovascular Interventions.

"Through our efforts, we were able to quickly cut the overall radiation exposure to patients by nearly half using simple but effective methods," said Charanjit Rihal, M.D., chair of Mayo''s Division of Cardiovascular Diseases. "We think this program could serve as a useful model for other cath labs in the U.S."


Cardiologists rely on X-ray images to identify heart problems and provide real-time guidance for procedures such as implanting stents to open narrowed arteries and aortic valve replacement. However, radiation from X-rays can be harmful. It can injure the skin if not administered judiciously, and can also damage DNA, which can increase the risk of certain cancers.

Low carbohydrate, high protein diets, when consumed regularly, without taking into account the nature of carbohydrates or the source of proteins, can be linked to increased risk of heart disease.
Advertisement
The amount of radiation used in a procedure should not exceed the minimum necessary, Dr. Rihal says. Recognizing this, Mayo instituted a broad-based program that has raised awareness about radiation safety and changed the way standard X-ray systems are used in the cath lab. For example, medical staff now set the radiation output of their systems to a very low setting, minimizing the radiation dose to their patients. They only increase the radiation dose if higher-quality images are needed, such as temporarily during a critical portion of a procedure. As a result, they can obtain useful images while lowering radiation exposure.

In addition, practice-wide radiation safety is now included when training fellows and junior faculty. The cath lab teams also are informed of the radiation dose delivered to patients during each procedure. Radiation exposure is routinely reported in the patient''s medical record.

The changes implemented by Mayo go well beyond standard procedures used in hospitals across the country. Buy-in across the practice is needed for such programs to succeed, Dr. Fetterly says. Success also requires physicians to shift their expectations from attaining the highest image quality to focusing on lower radiation exposure and accepting adequate image quality.

A total of 18,115 procedures at Mayo were performed by 27 staff cardiologists and 65 fellows-in-training over the three years of the study. Researchers calculated and then compared the cumulative skin dose (defined as the sum of radiation doses delivered from low dose rate imaging used to guide interventional procedures and higher dose rate diagnostic imaging) for procedures performed during the first and last quarters of the study period. Considering all procedures, researchers found a 40 percent reduction in radiation exposure on average over three years. The decrease for percutaneous coronary intervention, coronary angiography, non-cardiac vascular interventions and interventions to treat structural heart disease ranged from 34 to 53 percent.

"We need radiation to be able to see what we are doing in a patient, so X-ray imaging has a definite benefit, but excessive doses of radiation can cause problems," says Dr. Rihal. "These are good procedures. We just made them safer."

Currently, radiation dose reduction initiatives are under way in all Mayo cath labs in Minnesota, Florida, Arizona and Wisconsin.

High levels of arsenic exposure (>500 µg/L) in drinking water have been related to increased risks to cardiovascular diseases.
Advertisement
<< Neural Interface for Prosthesis can Restore Function in Mot...
Power of New Chip to Diagnose Disease And Analyze Protein I... >>