Draft Regulations to be Published on Plain Tobacco Packaging: Experts 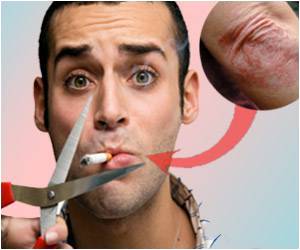 Overwhelming support came from the voters in the UK parliament for plain packaging for cigarettes and other tobacco products. The Public Health Minister announced that she hoped to publish draft regulations for consultation before the end of April.

But nearly two months have passed and this has still not happened, say the authors of an open letter published on bmj.com today.

Smoking-related disease remains the number one cause of preventable deaths in the UK, killing more than 100,000 people every year, they write.


Most smokers start in childhood and exposure to tobacco marketing is known to increase this risk. Ending the marketing of cigarettes and tobacco products through their packaging is therefore "a necessary and logical step to protect public health and particularly the health of children at risk of becoming smokers," they say.

Tobacco use in women is on the rise. The health risks of tobacco are far too many has never done a woman any good psychologically or health-wise.
Advertisement
They point to an independent review that found good evidence to support plain packaging and also rejected misleading tobacco industry opposition.

The review also found no reason why plain packaging would increase the level of illicit trade in tobacco because key security features on existing packaging will be retained on standardised packs, including number codes and covert anti-counterfeit marks.

"There is a relatively short time left for the Government to produce the draft regulations if they are to be voted on before the General Election," they warn. "We therefore ask you to confirm that they will be published in the next few weeks."

Prevalence of Tobacco - A Major Concern

Calculate Ideal Weight for Infants Nutam (400mg) (Piracetam) Drug Interaction Checker Find a Doctor Post-Nasal Drip The Essence of Yoga Blood - Sugar Chart Loram (2 mg) (Lorazepam) Drug Side Effects Calculator Diaphragmatic Hernia
This site uses cookies to deliver our services. By using our site, you acknowledge that you have read and understand our Cookie Policy, Privacy Policy, and our Terms of Use