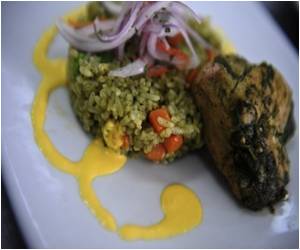 An Auckland woman is traumatized after she found dozens of larvae in a frozen Tegel chicken meal that she brought home and cooked.

Amy Skeates was shocked to find larvae after cooking a frozen Tegel meal of Satay tenderloins.

"I discovered multiple what appeared to be maggots baked into the sauce that had been on the chicken. I felt totally sick, so sick that it made me vomit. I just thought 'oh my gosh, I just ate a trayful of worms."


When she picked up the meal from Countdown Lynfield, it was well within its marked expiration date and was in a sealed container. It was also kept frozen from the time it was bought at Countdown Lynfield.
Advertisement
Entomologist Ruud Kleinpaste however confirmed that dead meal worms and maggots are not bad for humans.

Fortunately apart from feeling traumatized, she did not suffer any adverse health effects.

Countdown and Tegel representatives confirmed that investigations into this matter are on.

More News on:
Why Do We Eat - Nutrition Facts Diet Lifestyle and Heart Disease Hunger Fullness and Weight Control

Malaria Mosquito Larvae Killed by Floating Spores
According to the World Health Organisation, malaria was responsible for 781,000 deaths worldwide in ...