It may not sound convincing, but fruit flies tend to lose their appetite when they are infected with bugs.

We humans go them one better: Even when bug-free and hungry, some of us are tempted to do some serious fasting, in hopes of living longer, healthier lives.

Many studies indicate that caloric restriction extends life spans in fruit flies, mice and, most recently, rhesus monkeys, apparently by slowing the aging process. But virtually all these studies have been performed in sterile environments, on animals raised under relatively pathogen-free conditions. So Stanford University School of Medicine researchers decided to see if reduced caloric intake also helps creatures cope with infection.


Appetite loss as a response to infection seems a bit paradoxical. "Mounting a robust immune response is very energy-consuming," said David Schneider, PhD, associate professor of microbiology and immunology. "You might think an infected animal would be better off eating more, not less."

Working with fruit flies, Schneider and his graduate student Janelle Ayres have shown that caloric restriction can indeed alter the flies' response to infection, but in different directions depending on what they've been infected with. (Ayres has since received her PhD and is a now postdoctoral researcher at the University of California-Berkeley.) This has potentially significant implications for humans, since flies are an excellent model system for studying certain aspects of our immune response.

In their study, to be published online July 13 in PLoS-Biology, the researchers measured the appetites of infected versus uninfected fruit flies, as well as the effects that restricting food intake in advance of an infection might have on flies' response to the infection.

Ayres had previously conducted a search for mutant fruit flies that died faster, or more slowly, than normal flies after being infected with pathogenic bacteria. That laborious operation required injecting so many tiny flies with a special syringe that, Ayres said, "at one point, my hand got stuck in injecting position and I had trouble unfolding it."

One batch of mutant flies Ayres identified were super-light eaters due, it was found, to a faulty taste receptor. She and Schneider used these mutants for several of the experiments in the new study. In addition, to make sure that what they saw was really because of reduced caloric intake and not some other effect of the mutation, they repeated their experiments with normal flies that had been placed on caloric restriction for some time prior to being infected. The observed results were the same in either case.

The investigators infected flies with three very different strains of bacteria, all of which can cause fatal disease in humans. Then they compared diet-restricted versus normally fed flies' survival after infection.

Flies that had restricted caloric intake prior to infection with the pathogen, Enterococcus faecalis, ate no less than uninfected flies did. The "low-calorie flies" also survived for the same length of time as normal eaters.

Infecting mutant or previously diet-restricted "low-cal flies" with either of two other microbial menaces, Salmonella typhimurium and Listeria monocytogenes, did trigger appetite loss. But there the similarity ended. Injected with S. typhimurium, flies on prior caloric restriction outlived normal eaters, surviving about 15 days post-infection versus eight days for the control flies. Low-cal flies infected with L. monocytogenes, on the other hand, died faster than likewise infected normal eaters. They lived for only four days, as opposed to six or seven in the case of flies that had been on normal diets.

The Schneider lab is seeking physiological explanations for this divergent response. But taken as a whole, the results so far suggest that some skepticism might be in order regarding climbing aboard the caloric-restriction bandwagon, Schneider said. "There's evidence that caloric restriction seems to rev up various individual components of the immune system," he said, "but in the few studies where diet-restricted animals actually have been infected experimentally, they fared poorly."

In their study's conclusions, the authors write, "The work reported here should raise a cautionary flag, as it demonstrates that diet restriction can have complex effects on the realized immune response of a diet-restricted animal." Attempts to extend life span through dietary restriction, or mimicking this process by gulping a pill, could thus be counterproductive, as the value of diminished appetite to an animal's survival may vary with the infecting microbe.

There may be something to the celebrated admonition, "feed a cold and starve a fever," after all. But much remains to be learned about exactly which infections can be fought best by gorging and which by fasting.

Young 'Heroes' in Iraq Get a Taste for Fasting
Children are allowed to tuck into food during Ramadan, but some Iraqi boys and girls who join the adults in fasting during the Muslim holy month are seen as young heroes in the war-ravaged nation.
READ MORE 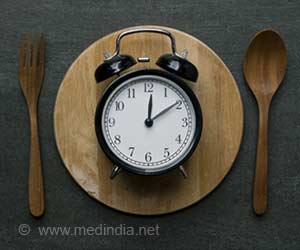